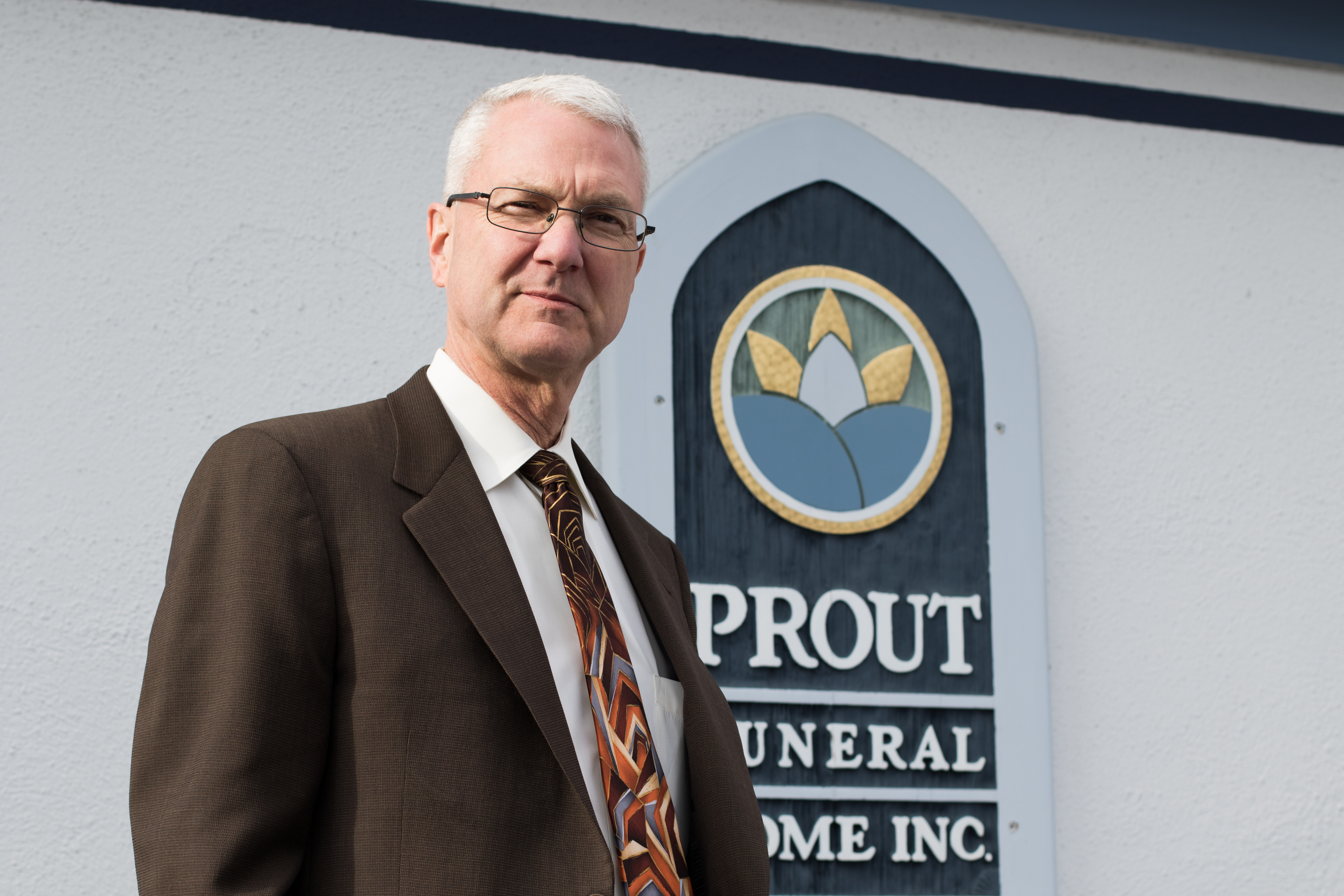 By Kara Apel, Editor of The Leader

When it comes to green funerals or natural burials, your community may be a lot more open to the idea than you think.

According to a 2017 survey conducted by the National Funeral Directors Association, more than 53 percent of respondents said they “would be interested in exploring green memorialization options to reduce the environmental impact of end-of-life rituals.”

This information certainly did not come as a surprise to Robert “Bob” Prout, co-owner of Prout Funeral Home in Verona, NJ.

“Funeral directors have to be cognizant that the public is already there, and as an industry, we haven’t even approached the curve yet,” he said.

The Prout family has been serving their neighbors in North Jersey for almost a century. Bob Prout said his firm’s decision to offer green funerals was a natural extension of what his family had already been doing to limit their environmental impact, including installing solar panels and getting involved in soil conservation efforts.

“It’s more of a lifestyle than a business decision for us,” he said.

And this makes sense to people who have tried their best to live environmentally sensitive lives, including many baby boomers.

“This is a continuation of their lifestyle – to all of a sudden stop and say you can’t have that in their death ritual is just totally foreign to their mind and way of thinking,” Prout said.

His daughter, Julia Prout, a funeral director who serves as the firm’s digital content manager, said she thinks this trend will continue with millennials too.

“My generation, we’ve been accustomed to being able to choose reusable bags and environmentally friendly lightbulbs – the steel straws over the plastic straws – having that choice is just commonplace,” she said. “It just makes sense to have that choice when you’re looking at funeral options as well. Most people in my generation, when they become the age when they need to start making funeral arrangements – either for themselves or for their parents – they’re just going to assume those options are readily available because they’ve been readily available for most of their adult lives.”

One of the biggest misconceptions that the Prouts encounter about green funerals or natural burials is that it has to be all or nothing.

“Some people are under the impression that they have to be wrapped in a shroud and placed straight in the ground or nothing at all. That’s not true. There are varying shades of green. It could be anywhere from a more sustainable casket and formaldehyde-free embalming to traditional visiting hours or a religious service,” Julia Prout said.

For example, someone could choose a greener option, such as a bamboo casket, and still get buried in the family plot.

The Prouts say you can’t presume to know what all of your consumers want. Bob Prout recalled a story about a Midwestern funeral director he met at an MKJ Marketing seminar who said he didn’t think members of his community would be open to the idea of green burials. Six months later, he gave Bob Prout a call to ask for his advice after a farmer’s family requested information about natural burials.

“The consumer is way ahead of the curve that many funeral directors haven’t even acknowledged yet,” Bob Prout said.

In fact, he thinks many people crave a unique, personalized experience when dealing with all major rituals, including funerals.

“All of life’s events have rituals, but people who do not find religious rituals significant are still looking for something,” Bob Prout said. “A natural burial or greener funeral service gives them that visceral closure that is probably more impactful and more potent than sitting in the front row of a church. Natural burial allows them to become participants in the care for their dead, which forms the ritual and the closure, as opposed to just being spectators at somebody’s funeral.”

To anyone considering venturing into the natural burial space, Bob Prout said it has to be more than a business decision.

“You’ve got to be authentic. You can’t fall into a trap of ‘greenwashing.’ If you’re going to offer something, you’ve got to know how to care for the body, whether it be refrigeration or dry ice. You’ve got to know the laws of your state, as far as un-embalmed bodies. You just have to make sure you know what you’re talking about – because that younger consumer can Google it and can find out whether you’re speaking the truth or not,” he said.

The Prouts also recommend speaking to local organizations or sponsoring an environmental club or sustainability committee. Some towns and cities also offer green business registries you can join after receiving accreditation.

Bob Prout encourages any firm that is considering going green to contact NFDA for information about their Green Funeral Practices Certificate Program.

If you’d like more information about how to make your firm more environmentally friendly in general, you can utilize the resources available at DsireUSA.org. You may be able to find grant programs that will offset the costs of replacing old equipment or AC units in your quest to go green.

The Roosevelt Investment Group, LLC to Host Webinar: Inflation, Conflict, and Implications for the Capital Markets

How to Connect with Veterans on Social Media

Should You Advertise During COVID-19?