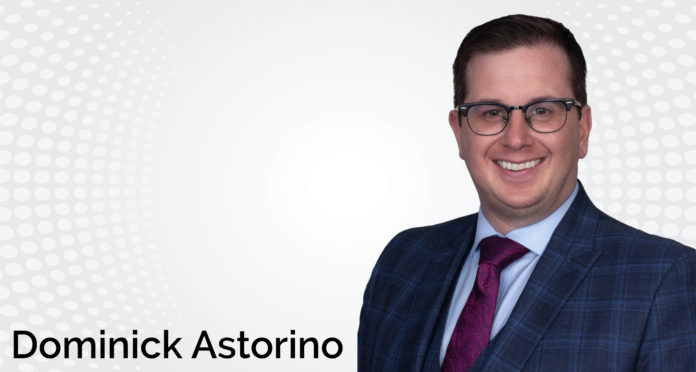 By Kara Apel, Editor of The Leader

When Michigan funeral director Dominick Astorino received an unexpected call from Kenya two years ago, he wasn’t sure what to think.

On the other end of the line was Ezra Olack, the president of the Funeral Services Association of Kenya. He had seen Astorino’s website and knew he was an expert that could help them overcome the numerous obstacles that Kenya is facing in the deathcare industry.

As Astorino spoke more with Olack, he realized just how substantial the needs in Kenya were.

“They have no government regulation of their industry – there’s no licensing, checks and balances, they have no formal education whatsoever on what to do in a mortuary,” he said. “They don’t even have gloves because they can’t afford them,” Astorino said.

Due to the lack of training, and the spread of diseases like cholera, yellow fever, and malaria, those who work in Kenya’s mortuaries are getting sick, and some are even dying from the conditions.

Astorino added up the costs of what it would take to travel to Kenya and help provide the professionals there with training and equipment – it came to a total of $15,000.

A year later, Astorino was invited on a funded trip to Trinidad and Tobago to assist with establishing a standard of care there. His trip caught the attention of the funeral directors behind the “Undertaking” podcast, who visited Astorino in Detroit to interview him about his experience. During that conversation, Astorino told them about the urgent situation in Kenya. Two weeks later, they offered to help him fundraise, and a partnership was forged.

The mortuary professionals in Kenya worked on raising money, and Astorino kept brainstorming ways he could help – but without adequate funding, the project was put on hold.

The fundraiser on Fund the Funeral just launched in May, and Astorino is already at $14,677 – very close to his goal of $15,000. The online fundraiser has ended, but anyone interested in donating can contact Astorino directly at [email protected]wayne.edu.

Astorino said he’s been taken aback by all of the professionals in the industry who have stepped up to help.

“A lot of these people who have donated don’t even know me. To see the collective whole of our profession come together – whether it’s individuals, large companies, associations – they’ve all jumped on board and given what they can,” he said.

One specific problem Astorino encountered was finding embalming machines that will work with Kenyan electrical outlets. Astorino said Joseph Bernaudo, the owner of the Your Mortuary Magic Store, has been a champion of the initiative. Bernaudo is working to create a customized machine and is also donating a portion of his company’s sales to fund the trip.

Pierce Chemical also donated to the cause and organized an auction. The company sold gold-plated versions of their instruments and donated 100% of the proceeds to the cause. Deathcare professionals from across the country contributed to the auction by bidding to help raise funds for Astorino.

“Strangers were coming together facilitated by a large company,” Astorino said.

Astorino has recently been able to book his airfare and plans to travel to Kenya in early 2020.

Due to security concerns, Astorino cannot release details of exactly where he will be staying, but his plan is to spend at least one day giving lectures and several other days traveling to facilities across the country and providing hands-on training. He also plans on visiting government agencies and public officials to explain why establishing a standard of care is important for the country’s safety and public health. Click here to read more details about how he will use his funding.

Astorino’s experiences in Trinidad and Tobago taught him valuable lessons that are proving to be instrumental for his upcoming project in Kenya.

“There is life-changing power in education. There were people there who needed that education, and I could see after a couple days, the changes that took place,” he said. “That physical experience was a big help for me, as well as trying to learn how to best communicate and work with people who have different education levels.”

Astorino’s main goal is to modernize and equip one mortuary in Kenya to meet U.S. standards. He also wants to educate the staff there so that it will become a training center for other morticians in Kenya after he leaves.

However, Astorino does not think this will be his last trip.

“The people over there are just beautiful people – so thankful. It will be hard for me not to go back to continue to help them,” he said.

If you have a philanthropic project you’d like to undertake, Astorino recommends contacting organizations who are already working in that space and seeing if your goals line up. He said to never underestimate the impact you can have.

Astorino is on the faculty at the Wayne State University School of Mortuary Science in Detroit. His work has been showcased in many publications, and he has been invited to speak at events across the world about restorative art and reconstructive embalming. Astorino has been a licensed funeral director and embalmer since 2003. He has worked at Wujek-Calcaterra & Sons, Inc., a fourth-generation family-owned firm in Detroit, since 2004. Astorino holds degrees in cellular biology and mortuary science and is a member of the Michigan Funeral Directors Association, the National Funeral Directors Association, the British Institute of Embalmers, and the Academy of Professional Funeral Service Practice. Click here to read more about Astorino and his work.

Self-Care for Funeral Professionals During the Holidays

I Applied to the FEMA COVID Funeral Assistance Program: Here’s What...