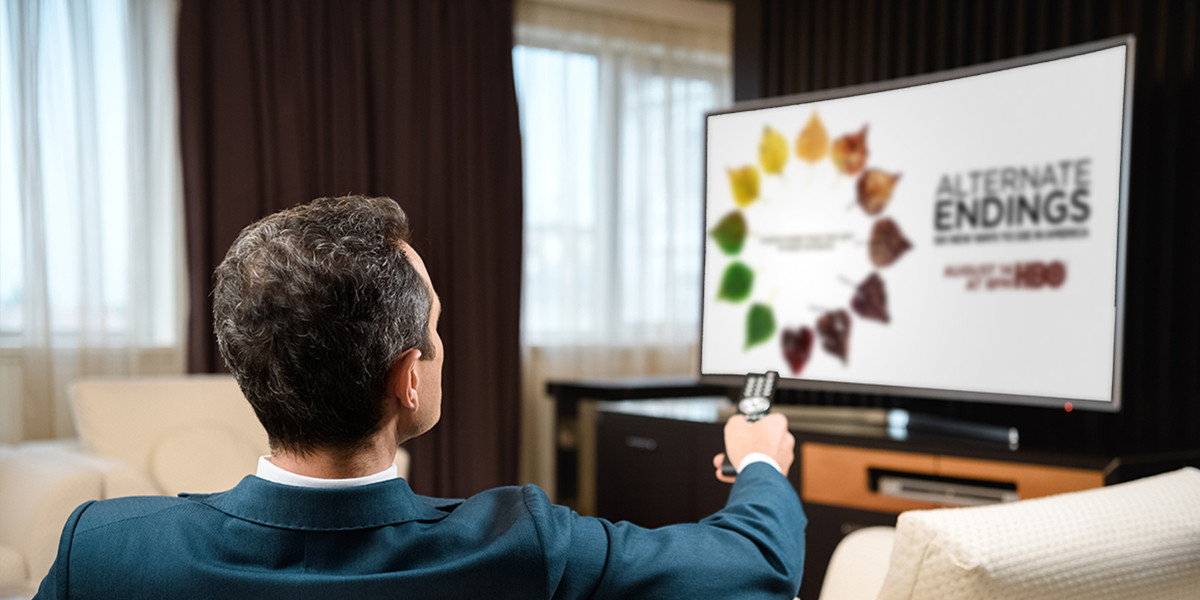 It’s no secret to anyone in the deathcare industry that more and more consumers want to add personalized touches to their end-of-life arrangements.

HBO is releasing a new documentary this week that touches on this subject, following the paths of six different Americans as they make decisions for themselves or a loved one.

A few of the people featured in Alternate Endings: Six New Ways to Die in America are suffering from cancer and are in the process of preplanning their services.

The trailer even shows a woman who makes the journey to New Mexico with her family to launch her father’s cremated remains into space.

Here’s how HBO describes the documentary:

“Alternate Endings tells six stories of people nearing death and of family members of the recently deceased, who have chosen non-traditional end-of-life options and remembrances, from celebrations of life and living wakes, to green burials, extraterrestrial burials and more. Profoundly intimate and illuminating, the film explores what it means to be near death, either from age or terminal illness, and captures the healing power of honoring, giving thanks, and staying true to loved ones who have passed away.”

The documentary premieres on Aug. 14 at 8 p.m. Click here to read more.

A Positive Spin on Funeral Service: 4 Firms You Need to Read About

Veterans Working to Return Remains of America’s Heroes to Families

How to Engage with Your Community on Social Media: Interview with...