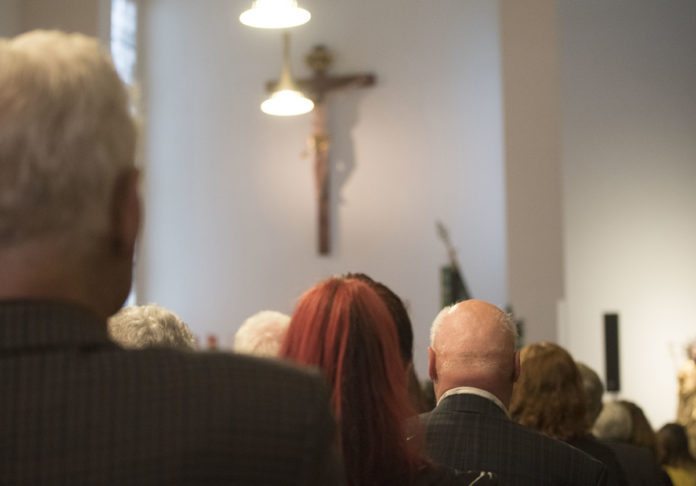 An El Paso funeral home sparked an outpouring of love and support from around the world after sharing a photo of a man grieving the loss of his wife, who was killed in the mass shooting earlier this month.

In the post, Perches Funeral Homes encouraged the El Paso community to attend the woman’s visitation and funeral service.

“Mr. Antonio Basco was Married for 22yrs to his wife Margie Reckard, He had no other family. He welcomes anyone to attend his Wife’s services,” said the firm on Facebook.

This post went viral, and Reckard’s funeral had to be relocated to a larger venue to accommodate hundreds of people. ABC News estimates 3,000 people came to pay their respects at the visitation Friday night.

A local news outlet reported more than 1,000 floral arrangements were sent from around the world, including Australia. Perches Funeral Home used 22 hearses to transport all of the flowers to the makeshift memorial at the Walmart where the shooting occurred.

The funeral home has been using their Facebook page to keep members of the community updated on how they can show their support – a great example of how the social media network can be a valuable tool when it comes to communicating with the public.

From a Funeral Director: Why Livestreaming Is Here to Stay

Media Changes, But the Message Stays the Same

Leverage Cremation Trends to Your Advantage