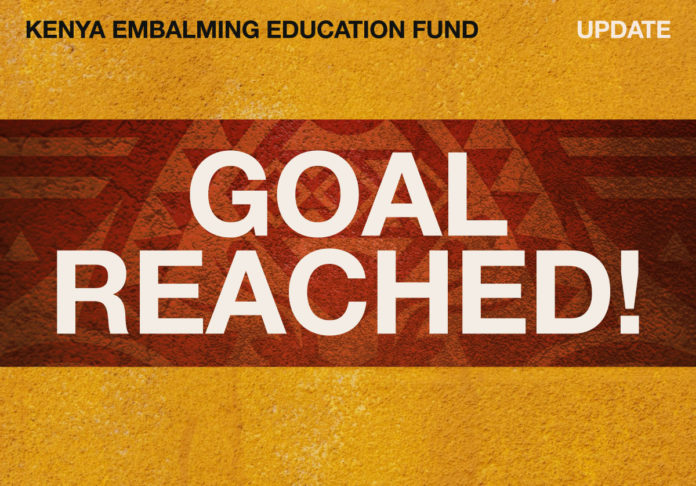 An initiative that has received support from deathcare industry professionals around the country, as well as around the world, is now fully funded.

The Leader previously interviewed Michigan funeral director Dominick Astorino when he was working to raise $15,000 to travel to Kenya.

Over the weekend, Astorino announced he has now raised around $17,000. His flights, lodging, and teaching venues are now officially booked for early 2020. Due to security concerns, Astorino cannot release specific details of when he will be traveling.

“I was shocked that the money came in as quickly as it did. It’s an incredible testament to the human spirit, to the funeral service profession here in the U.S. and in Canada, to our dedication as professionals, to our profession, and to our colleagues across the globe,” said Astorino in his video update.

Astorino wants to educate Kenyan professionals on how to properly handle their dead in a safe manner. Due to the lack of training, and the spread of diseases like cholera, yellow fever, and malaria, those who work in Kenya’s mortuaries are getting sick, and some are even dying from the conditions.

Astorino’s main goal is to outfit one of the major mortuaries in Kenya with functioning embalming machines and other equipment so that it meets U.S. standards. His plan is to spend at least one day giving lectures and several other days traveling to facilities across the country and providing hands-on training. He also plans on visiting government agencies and public officials to explain why establishing a standard of care is important for the country’s safety and public health. Click here to read more details about how he will use his funding.

NFDA Seeks Next Class for its National Emerging Leaders Program