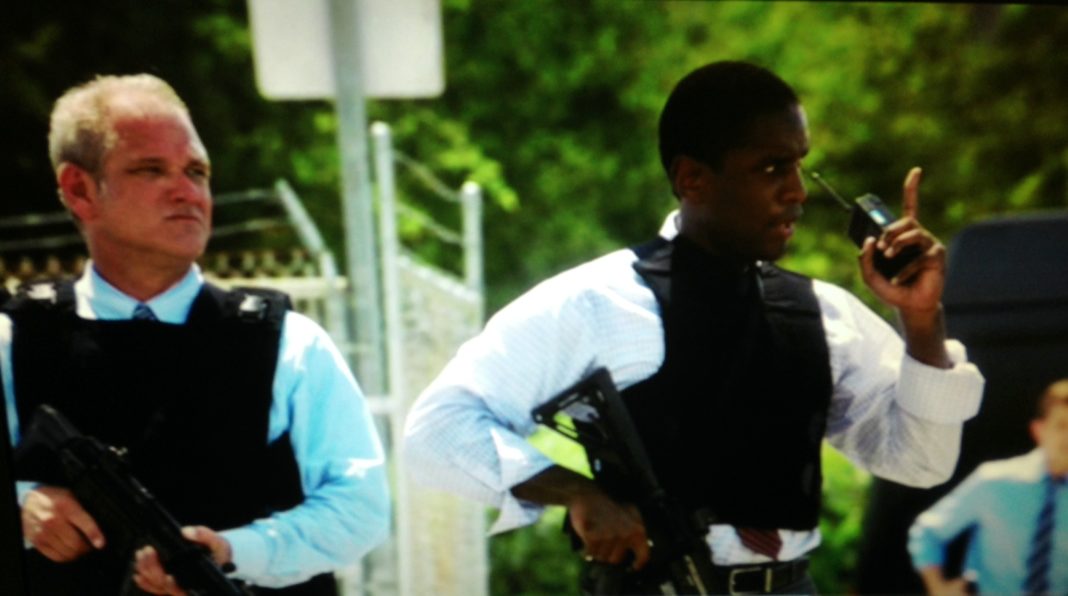 Editor’s note: When you grow up in a family-owned business, it can seem like the only option is to carry on that legacy to the community. In fact, the weight of this responsibility can lead some in the next generation to decide against continuing in the business because they may have other interests or skills that they would rather pursue. We hope that sharing Clay Roberson’s story is something you can share with your next generation and even staff members who may want to also pursue a career in another industry.

Clay Roberson is not your average funeral director – he’s also a professional actor.

Before Roberson followed in his father’s footsteps to work in the funeral industry, he lived in Japan to work as a model in the early 90s. While he was attending mortuary school in Atlanta, he was still picking up modeling jobs for companies like Sears and Walmart.

Roberson moved to Florida in 1992 and has worked as a funeral director since then. He’s currently vice president of Roberson Funeral Home & Crematory in the Punta Gorda area of Florida.

Roberson didn’t get into acting until 2012 when a friend of his contacted him while he was searching for professional-looking people who could act as FBI agents for the USA Network show Burn Notice. That’s when Roberson officially developed the acting bug.

“It was really cool. I kept getting called back,” Roberson said.

From there, he’s appeared in USA Network’s Graceland as an FBI agent, in ABC’s Black-ish as a park guest, and in HBO’s Ballers as a sports agent, just to name a few.

Roberson said he is typically cast as a police officer, a lawyer, or a government official. He has also starred in several of MKJ Marketing’s video productions.

You can also find Roberson in The Assassination of Gianni Versace: American Crime Story, now streaming on Netflix. He plays an American lawyer in a scene with Penelope Cruz. He also appears as a state department employee in an upcoming Netflix movie with Ben Affleck.

As part of Roberson’s acting career, he’s gotten to meet several stars, including Dwayne “The Rock” Johnson and Anthony Anderson. He said both of them were “very nice and very cool.”

Roberson said he has more leeway and flexibility in his schedule than others because of his role at the firm.

“Sometimes I have to turn roles down or take a personal day and go down to Miami and work 12 hours on the set,” he said. “It’s exciting to go to Miami and work with Will Smith. You don’t make a lot of money doing it, but the food is really awesome.”

One of the skills he’s acquired from working the funeral industry that carries over into his acting jobs is his ability to be comfortable around large crowds.

“Dealing with large crowds, you’ve got to memorize your lines and keep your calm under pressure. I don’t feel intimidated by large crowds,” he said.

When asked how his community reacts to his acting career, Roberson said the response is pretty consistent.

“Friends and clergy get a kick out of it. It’s really neat. I’ve just been really lucky,” he said.

Thanks to streaming services, Roberson is frequently spotted by friends and colleagues in some of the shows he’s worked on. He recently got a text from a friend who saw him on TV.

“He said, ‘My daughter’s home sick, and I came home for lunch, and she is watching Netflix, The Assassination of Gianni Versace: American Crime Story. I looked up and saw you on TV,” Roberson said.

Roberson was recently cast in National Geographic’s upcoming scripted TV series The Right Stuff. The project is based on the bestselling non-fiction book written by Tom Wolfe. Production will begin this fall in Florida with an expected release date of 2020.

Our Insider’s Take on the Coronavirus Crisis in China