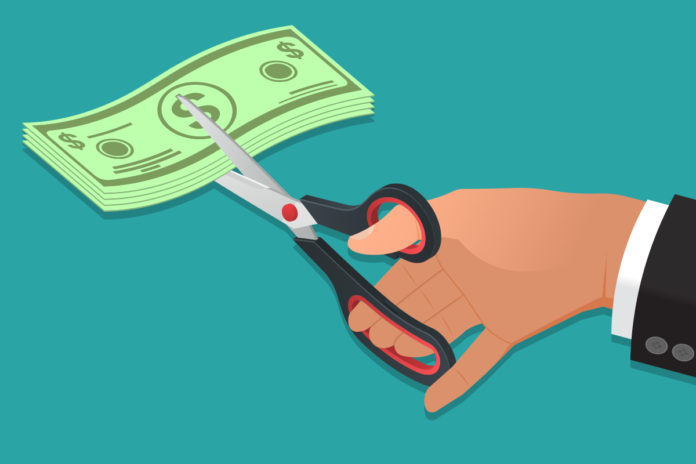 Discounting is now firmly in place within the funeral profession; however, it was inevitable that pricing strategies would become part of the funeral industry landscape. After all, funeral homes have been using price to build market share since the 1950s.

That being said, the funeral profession did nothing to preclude discounting or even to delay it; in fact, generally accepted practices in the profession for decades contributed to the current state of affairs. In most cases, it’s too late to do anything about it, but there are markets where the discounters have not intruded.

Here’s a look at some of the reasons why discounters have been able to succeed.

Disgruntled Employees
Most low-cost concepts are created by disgruntled former employees that strike out on their own. Because they have limited funds, they convert a small or medium-sized home into a commercial facility and open with lower prices. Because their facility is typically sub-standard for the community, the existing funeral businesses assume they won’t succeed. Given time, the low-cost option accumulates market share and improves their facilities, sometimes taking over the abandoned facility of a firm that was forced out of business.

Inflexibility in Offerings
Funeral businesses have been notoriously slow in responding productively to price shoppers. The norm for decades was to simply quote the cost of a full-service, traditional funeral, which communicated inflexibility. Obviously, this is a conducive environment for a discounter that advertises flexibility in pricing. Many families are attracted to low-cost alternatives as much for their perceived flexibility as they are the perceived low price.

Making Costs Hard to Access
Funeral businesses have been reluctant to post prices on websites; however, when price shoppers called for prices, staff funeral directors would quote a single price to get the caller off the phone. Frankly, it would have been much more productive to put the prices on the website so the shopper would have an opportunity to consider all of the services and options. Here’s why funeral cost estimators work on websites.

Making Staff Feel Easily Replaceable
Before the recent dearth in licensed funeral directors, funeral home owners considered staff to be expendable, primarily because mortuary schools were continuously producing graduates, which kept salaries and wages low. This attitude of easily replaceable staff made it easy for large discount businesses to hire staff. A discount chain looking to open in a community can recruit well-experienced funeral directors and pay them a fair salary to become a manager of their discount facility.

Focus of Mortuary Schools
Mortuary schools contributed to the growth of discounters by focusing the curriculum on owning a funeral home versus having a productive career at a large firm. The cost of entry into the funeral business is the cost of commercial property and a commercial facility. Mortuary school curriculum should prepare students for a career as a staff funeral director, including how to present themselves as a professional. Instead, mortuary schools focus on starting a business, how to embalm (even as the cremation rate has surpassed 50%), and how to fabricate an ear from clay (something fewer than one in 10,000 funeral directors will do once in their entire career).

Influence on Legislators
Many states have allowed funeral home owners to have too much influence on the legislation that governs their profession. One example is the restrictions precluding funeral homes to own crematories, which was responsible for many of the national cremation scandals. Another example is the failure to bifurcate licenses. This created the current dearth in licensed personnel.

Too Many Funeral Homes
For the past half-decade, General Motors has been closing Cadillac dealerships. There were so many that prices were being discounted, and the dealerships were weak compared to the European and Japanese luxury car dealers. The number of funeral homes nationally is in decline, but for decades, there were too many funeral homes. The intense competition between similarly priced businesses providing extremely similar services, nearly all of which were either not observing or simply ignoring the consumers’ growing interest in cremation, resulted in cost-cutting, price competition, and out-of-date facilities.

Ignoring Innovation
Funeral home owners have taken every opportunity to ignore opportunities to differentiate themselves from the competition and to build market share. Effectively managing price shoppers, working with hospice, building cooperative strategies with cemeteries, and establishing reception rooms have only become common within the last half-decade. Failure to innovate created opportunities for low-price providers. Here’s how MKJ’s digital strategy can help your firm.

Poor Training
Failure to train staff members, particularly arrangers, allowed practitioners to continue practicing failed techniques. The practitioners would bring their bad habits with them when they joined a new firm, and there was no effort to re-train them to improve performance. MKJ offers many opportunities for in-house training for your staff. Click to read more.

The Primary Culprit
Many practitioners relate to how much the deathcare profession has changed over the years. Having worked in the deathcare industry for five decades, there is a strong argument that the profession has not changed enough. Many of the challenges the profession faces today evolved because the industry refused to change, but it’s not just practitioners. Funeral industry financial advisers have had a common mantra since my early days in the business: If you have a problem, simply raise your prices.

Accounting services in the 1980s would consult with clients, and remarkably (sarcasm) every one of them had the same problem: They weren’t charging enough. The endless tradition of excusing poor management and the absence of cost control is the primary factor contributing to the growth of discounters. At some point, managers need to run their business efficiently, if, for no other reason, consumers will ultimately stop paying for incompetence under the catch-all of “overhead.”

Article after article today argues that the answer to the cremation challenge is to raise prices; charge as much for cremation services as you do for burial services. It would be wonderful if it were that easy, but when a 3,000-call minimum service cremation business is charging one-third to one-fifth what the local funeral home charges to make grandma disappear, it’s really tough to raise prices.

The fundamentals of the funeral business have not changed. The contribution to the bottom line increases with each additional case. For example, the 201st call is more profitable than the 200th, which is why building market share is job one. If you want to make more money in five years, build volume every year. No business builds volume by rejecting business. When a price shopper abruptly hangs up because your price is too high, they are rejecting you, but at the same time, you are rejecting them. By not offering a low-cost alternative, your firm is telling would-be customers that your firm is not in business to serve their needs. Do that long enough, and any business will begin to lose market share.

Price competition is not a financial or accounting issue; it’s a marketing issue. Marketing impacts every aspect of your business, which includes pricing. I agree that the overhead cost for a funeral home to provide a minimum cremation service is greater than the overhead cost of a minimum service provider. Traditional firms employ more people, larger facilities, and more and nicer vehicles. However, higher overhead is not a winning argument when you’re trying to convince a family to pay thousands more for what is a commodity service. Resolving this challenge isn’t about raising prices; it is about finding a profitable way to accommodate that family.

The above is not “new information,” as consultants in marketing, finance, consumer behavior, and strategy have been discussing these issues for decades. It was just always easier to practice business as usual as opposed to biting the bullet and making the necessary changes. Now, funeral homes across the country are having to bite the bullet as their margins are shrinking, along with the number of funeral businesses. Fortunately, the economy is strong and there is a market for commercial property.

Interested in learning more about how MKJ Marketing can help your firm succeed against discounters? We’ve got a plan that will fit your needs and budget. Schedule a free web demo or call 888.655.1566 for more information.