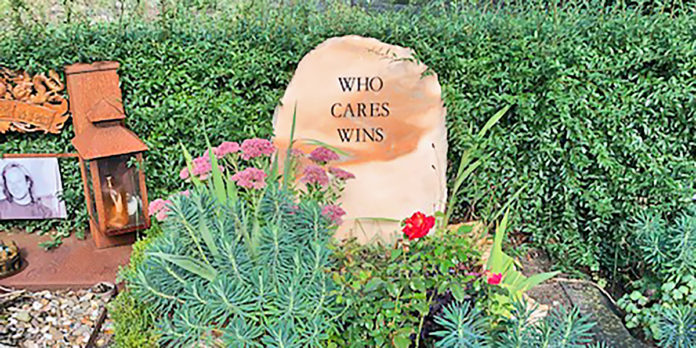 Before we start, let’s get into a little history.

SCI’s acquisitions in the 1970s were primarily in Texas and its surrounding states, but in the 1980s, they started making acquisitions in the Midwest, which caused funeral homes from Kentucky, Indiana, Ohio, Michigan, Wisconsin, and more to become concerned. All that most funeral directors in the Midwest knew about SCI at that time was that they sold pre-need. Up until then, Midwest funeral homes would make arrangements with an individual, come up with a price, staple the check to the arrangements, and wait for the individual to die. No trusting and no pre-need insurance.

This is the irony: 35 years later, funeral homes have grief dogs, reception rooms, celebrants, branches, pre-need counselors, and third-party sales teams. Cemeteries have refused to change from their intense sales strategy and venture into brand-building and marketing.

The reality is that cemeteries are terrible marketers; their situation is similar to the newspaper industry. Newspapers were great at selling advertising when everyone subscribed to the paper, but since the rise of the internet, newspapers have not identified to consumers why they should still buy newspapers.

When the cremation rate was 5% and 10%, the cemeteries were great at selling cemetery property until the public discovered they did not need to bury. They discovered they could cremate, save $10,000 in burial costs, and have a meaningful service at a funeral home. This is not to say funeral homes don’t have challenges; they do, but they are much closer to a solution than the cemeteries.

Cemeteries’ lack of marketing sense became apparent with the creation of the memorial garden. Memorial gardens reduced maintenance costs by allowing mowers to run over the grave markers. However, they overlooked the simple reality that people who are willing to invest thousands in burial want to leave a mark. They want to be remembered. They want memorialization; a bronze plaque is not a memorial. A generic cross or Jewish star in a government cemetery is a better memorial than a bronze plaque, and it’s free.

A recent visit to the Zorgvlied cemetery in Amsterdam reminded me of the value of memorialization. The cemetery has no flats. Instead, it is a brilliant display of personalization. One monument is a life-sized Thor character, complete with a quiver full of arrows, a broad sword, and gold coins spilling from an urn. The deceased’s name is not readily visible, so what’s the meaning? Who knows, but it meant something to the deceased.

Annie M.G. Schmidt was a children’s book author in the Netherlands. She also created a very popular plush toy. At her grave, there are a thousand writing pens and pencils standing point up in her grave. Perhaps the pens were later added by adoring fans, but possibly, it’s how she wanted to be remembered. It would have long ago been destroyed by a mower in a memorial garden.

Another grave included several putters and a golf hole. Many of them included modern art and statues.

Many U.S. cemeteries have scattering gardens with a memory wall bearing bronze plaques.

The Zorgvlied cemetery has separate scattering grounds for fathers, mothers, sons, and daughters with life-sized bronze memorials. Each stone in the memorial is engraved with the name of the deceased, which is where family members leave flowers. (Just for the record, that’s how you create demand for scattering.)

MKJ Marketing has conducted hundreds of research studies for cemeteries and combinations as well as funeral homes.

The results of this question indicate that 85% to 90% of consumers who desire cemetery property already own it. About 15% of consumers intend to purchase property, but how many will follow through once they learn the combined cost of a casket, vault, grave site, bronze plaque, and opening charge? Maybe half. The point is, cemetery burial in the U.S. (not to include burial in national cemeteries) is already well on its way to obscurity. Cemeteries that allow uprights are enjoying an uptick in sales, as baby boomers have spent their entire life being memorable.

There’s one other factor to keep in mind. In Europe, cemetery graves are rented – not purchased. A rent of $7,500 Euros is charged for the first 10 years, at which time family members are contacted to pay the rent for the next decade. So, the longevity of these beautiful monuments is not indefinite – which the deceased knew when they made the purchase. Obviously, they wanted to be remembered.

It will be interesting to see if cemeteries get the message and get back in the business of memorialization.

How Perceived Value and Cremation Terminology Can Change Your Business

No, A Funeral Home Did Not Advise Against Vaccinations

NFDA Recognizes Funeral Homes for Excellence in Service to Families and...