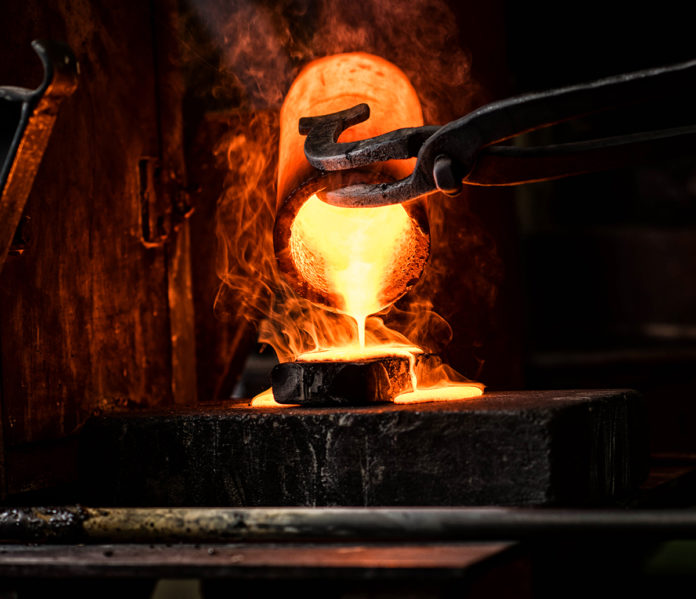 For the record, I have met hundreds of crematory owners at this point. I have yet to feel like any of them were disingenuous or dishonest within the confines of their business.

The desire to always have the answer can be a slippery slope in any business, and plenty of people can make the mistake of regurgitating bad information in an effort to produce a response.

I recently had an interesting conversation with a customer. She was not from the cremation profession; she was a dental laboratory owner. She knew we handled other professions but didn’t know how involved we were with deathcare until she found our cremation recycling specific website, and the timing for her inquiry couldn’t have been better. I am sharing our interaction because I think the cremation profession can benefit greatly from it.

To give you some context, she has owned and operated a dental lab for 40-plus years. The primary function of a dental lab is to create the dental prosthetics for patients of the dentists they service. For instance, when you need a crown, your dentist will take an impression of the area that needs the crown. They then send that impression off to the lab to have the crown made. For decades, gold and palladium have been widely used in the alloys to make these prosthetics. For this reason, a dental lab owner and/or technician would be very knowledgeable about precious metals – specifically, their melt temperatures and durability.

She started our conversation by telling me she recently had a family member pass away and that they were cremated. Forget for a moment that she is a dental lab owner and realize she’s simply a member of the general public. She had intimate knowledge of the amount of gold in this person’s mouth because she made all of the prosthetics. When she asked a crematory about the process of recovering these dental pieces, she was given anything but the correct information. It’s one thing for a customer to assume they know something, and it’s vastly different when they definitely know something. In this case, she definitely knew she was being misinformed.

When she asked what happens to the metal in her loved one’s mouth, she was told, “It’s too small to survive the cremation process.” She knew this wasn’t accurate, so she decided to call another funeral home in her area to ask, generally speaking, what happened to the metal. They told her, “If there is any gold, it just melts away and is gone when the cremation is complete.” Again, she knew this to be inaccurate.

After calling two more funeral homes in her area and getting the same sort of responses, she called me to ask what the deal was. Why were these funeral homes so confidently saying things that just weren’t true?

She knows gold and palladium have melting temperatures at close to 2,000 and 2,800 degrees F respectively, and then once they’re brought back to room temperature, they just harden. Precious metals don’t easily disintegrate. For example, the boiling point for gold is nearly 5,000 degrees F, and palladium is just under 4,000 degrees F – a temperature that a retort will never even come close to. The only metals that a crematory may come in contact with that will potentially disintegrate in the retort are zinc and mercury with boiling points of 1,660 and 674 degrees F. There are no two ways about it – dental prosthetics survive the cremation process and are in the cremated remains after the cremation process is complete. Click to see what dental prosthetics look like following a cremation.

She called me because she realized we worked with crematories and knew from experience that we recycle precious metals from the dental profession. There was an obvious relationship.

I think I did a good job of tempering her frustration by letting her know that the vast majority of crematories we work with donate the money generated from recycling the metal. As I said earlier, I don’t think anyone in the deathcare profession would intentionally lie to families or prospective families. However, saying the wrong thing can come off the wrong way. I also brought her up to speed in regard to how new this concept really is for most crematories. The reception from crematories about recycling, even from five years ago, is far and away more open today. With that said, I still think there is a misunderstanding by some crematories as to how these metals react in the retort and also how valuable some of these metals are.

I asked her not to blast the crematories she spoke with on social media for a number of reasons, but mostly because in the court of public opinion, one bad apple does tend to spoil the bunch, and I know as a whole, the crematory profession is doing the right thing.

To me, the obvious lesson to be learned is not to misinform the public by giving an incorrect response just to give a response but to research the topic and respond correctly. As it relates to this specifically, I have always said it’s better to get out in front of the question.

A typical response is, “It’s not practical for our facility to recover dental pieces individually to turn over to the family. Therefore, we send in all the metal to a trade recycler who adheres to EPA regulations and properly recycles all metal that is left behind after cremation. If there are any proceeds from recycling the metal, we donate that money to charity.” Highlight the charities you give to and how much you give. From indigent services to pediatric health concerns to veteran support, there are endless opportunities to contribute to. This is undoubtedly some of the best public relations you could ever have!

In the end, she and I had a great conversation that left her realizing how the process of allowing crematories to properly recycle the metal and donate the money to worthy causes was another meaningful act from their deceased loved one.

Since 1982, Mid-States Recycling has been a family-owned precious metal recycler serving numerous professions ranging from jewelry, dental, industrial, and of course, crematories. They operate a 19,000-square-foot EPA-permitted recycling facility as well as a smelting and assaying office on jewelers row in downtown Chicago. They are one of the largest precious metal recyclers in the U.S., serving brokers and businesses small and large. They provide some of the largest metal refiners and fabricators in the world with the quantities of metal they need to produce alloy.

Kevin McKay started working in the precious metal recycling field in 2001, focused primarily on dentists and dental laboratories. Since 2014, his focus has shifted almost exclusively to the crematory profession. He has been published in numerous dental and deathcare periodicals and journals over that time. He has spoken to groups large and small with an emphasis on the education of the smelting and assaying process.

The Roosevelt Investment Group, LLC to Host Webinar: Inflation, Conflict, and Implications for the Capital Markets

Exploring the Natural Complications of the ‘WHYs’ of Funerals During the...