Home Cremation How to Maximize the Value of Your Cremation Recycling 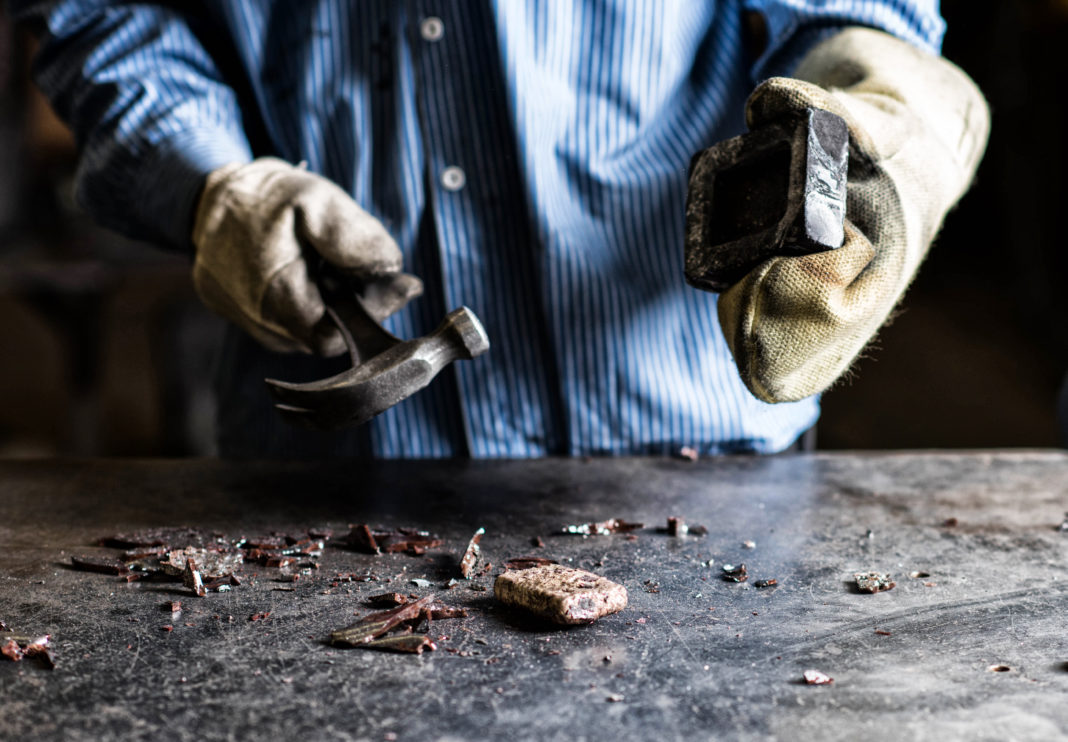 The question asked most often by crematory owners is, “How do you compare to other recyclers?” This is a difficult question to answer because it’s hard to know what their experiences have been like. Recycling companies all operate differently.

It can also be a slippery slope to talk about others instead of highlighting your own company’s attributes. It always seems more productive to discuss ways we can help a crematory, rather than trying to compare ourselves to another recycler. The crematory just wants to know how they can best maximize what they are getting out of the metal that is sent in to be recycled.

Cremation recycling breaks down into two components: 1) Collection 2) Recycling with sufficient reporting of the content.

One of our founding fathers, Ben Franklin, once said, “By failing to prepare, you are preparing to fail.” Before the recycler of your choice even becomes a factor, you must be collecting the metals properly.

Crematory operators are often unaware of the small but highly valued metals that come with dental pieces. Because they have not been informed or trained about this, these metals are not being recovered. When they are not separated and recovered, the possibility for the recycler to find value goes down considerably.

Separating processor units do just that. After further grinding down the cremated remains into a fine powder, they pass through a fine screen that stops anything bigger than a couple of millimeters from going into the urn. What’s left on the screen can range from staples, screws, snaps, and small pieces of dental metal. There may be some operators who read this who are very good at picking these pieces out by hand. Kudos to you, because this is an arduous task that can be mitigated by one of these processors, but if you like the more hands-on approach, by all means, do so. The separating processor simply does it quicker, while producing finer cremated remains. As long as you’re recovering as much of the small pieces of metal as possible, it doesn’t matter how you get there.

It’s a good idea to have the small dental pieces stored in a separate jar, which can easily be placed in a safe, if possible. Even in small amounts, this collection is very valuable and can be easily misplaced or lost entirely. Checking on its status on a weekly basis isn’t a bad idea either.

Now that you’ve collected several ounces or more of dental metal and are ready to have it recycled, it’s time to choose where to send it. Here’s a general framework of basic information that your recycler should be able to provide.

While performing your due diligence to decide which recycler to use, it’s important to work directly with a recycler. This is a recycling company that handles the smelting and assaying (analyzation of the metal content) under one roof. You don’t need a middleman to broker this transaction. There is no value-added benefit to having a company handle your metal between you and the recycler. Every step of the process should be controlled in one place. Ultimately, it’s just adding steps to the process and adding unnecessary costs. The other reason is similar to the first but relates more to the regulatory requirements. If they aren’t permitted by the EPA to handle the metals you’re sending in, then it’s possible to leave you accountable if a violation occurs.

Once you’ve narrowed down your choices, ask if you can visit their facility to watch the process. If this isn’t practical because of geographical limitations, ask for two to three comprehensive references of crematories who have been to the location. They should be able to provide names and numbers of people you can call to get an in-depth review. The deathcare profession is very familial, and most of you are happy to share with each other. For instance, the stock reviews out there for hotels or restaurants can be similar to those for a recycler, such as “these guys are the best” or “I got the most from this place.” To me, it begs more questioning. How are they the best? Did they show you their facility? Did they offer a sample of your lot to be checked elsewhere? What was the overall experience like? A comprehensive reference should be able to go into detail.

Finally, the reporting of precious metal content should be very clear and detailed. The assay is the process of determining the elemental composition of the metal bar that is poured after smelting. Basically, it shows by percentage how much of each metal is contained. What you’re focused on is how much gold, silver, platinum, and palladium is contained. This should be clearly noted on your report by percentage and what that equates to in actual weight for each metal. The percentage can be divided by the weight of the melted bar, which should also be noted in the report. Once the weight of each metal is shown, it can be multiplied by the market price for each metal. Precious metals are traded on a global market, so it is a value that fluctuates constantly throughout the day but is the same price worldwide.

(Click here to see an example of a metal report.)Download

Lastly, all fees and percentages that were taken by the recycler should be clearly reported as well. This may seem obvious, but unfortunately, it’s not. Having as much information as possible helps to make your decision that much more effective. Most recyclers operate in a similar fashion, e.g. their published rates and fees, providing free containers and shipping, and all recyclers should be able to cut the check directly to your charity of choice. This is not a proprietary feature.

The sure-fire way to find out how a recycler operates is to try them out for yourself.

Since 1982, Mid-States Recycling has been a family-owned precious metal recycler serving numerous professions ranging from jewelry, dental, industrial, and of course, crematories. They operate a 19,000-square-foot EPA-permitted recycling facility as well as a smelting and assaying office on jewelers row in downtown Chicago. They are one of the largest precious metal recyclers in the U.S., serving brokers and businesses small and large. They provide some of the largest metal refiners and fabricators in the world with the quantities of metal they need to produce alloy.

Kevin McKay started working in the precious metal recycling field in 2001, focused primarily on dentists and dental laboratories. Since 2014, his focus has shifted almost exclusively to the crematory profession. He has been published in numerous dental and deathcare periodicals and journals over that time. He has spoken to groups large and small with an emphasis on the education of the smelting and assaying process.

Strange Happenings Afoot: Is Your Firm Prepared for the ‘New Normal’?

Make My Donation Changing How People Memorialize Loved Ones