Home Cremation 3 Ways to Check You’re Getting What You Should Out of Cremation... 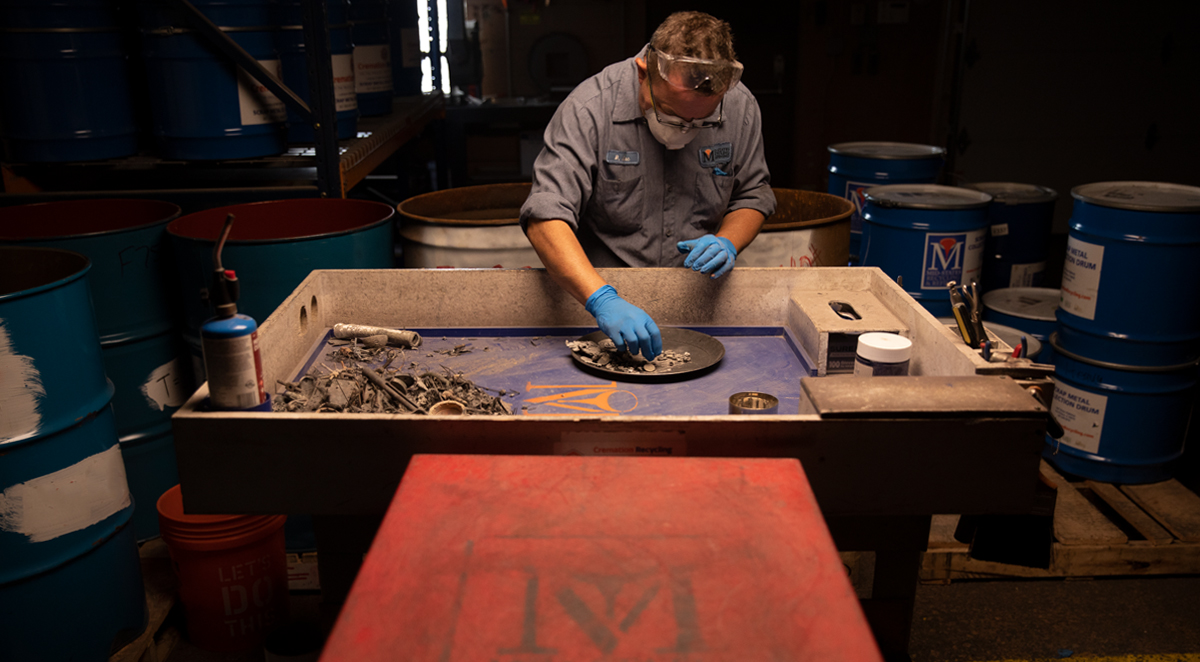 Imagine for a moment that you’ve never had steak in your life.

(For the vegetarians reading this, that’s an easy thing to do, so pretend I’m talking about kale or something.)

If you had never had steak and someone took you to a Denny’s and you ordered their steak, you would understandably think, “This is what steak tastes like.” Technically you’d be correct; presumably, it’s beef from cattle, so it classifies as steak. But was it good? Highly unlikely.

Maybe you then upgrade to an Outback, that’s gotta be really good, right? They have TV commercials and locations all over. Was it good, though? Maybe not bad, but a ton of seasoning and butter can make almost anything taste “not too bad.”

For anyone who has had a steak excellently prepared medium-rare at Killen’s in Texas or Gallaghers or Keens in NYC or Gibsons in Chicago, you know there is no comparison to the others mentioned. They get cuts of beef considered USDA prime, and they are masterfully prepared at just the right temperature. Or, scratch the restaurant altogether and locate a great butcher with prime or choice cuts and prepare it yourself. Either way, it’s bound to be better than the first options. Simply no comparison.

What I’m trying to illustrate here is: When you are presented with multiple options, but you just settle on the first or second without making an informed comparison, you are selling yourself short.

Post-cremation metal recycling has been a service provided to crematories for about 20 years now but has only really become mainstream in the past five or so years. I’m surprised when I hear about the blind loyalty many crematories feel to the recycler that first marketed this service to them — as if that’s a really good reason. Don’t get me wrong — loyalty is a great virtue, but only when it goes both ways. If your recycler isn’t taking measures to show their transparency and fully disclosing the complete value, then their loyalty to you should be questioned. If you never compare them to another recycler, you are cheating yourself by not exercising your due diligence. Comparing on a regular basis may not be necessary, but certainly trying four to five recyclers is a good idea.

Since post-cremation recycling became mainstream, there has been an inundation of “recyclers” waiting to capture the business. Unfortunately, only a handful of them are actually EPA-permitted recyclers with their own smelting and assaying facility and the decades of experience needed to properly handle this type of scrap metal. With that experience also comes the best management practices that ensure the best results.

To return to the steak analogy, being the most popular or having the most publicity doesn’t necessarily equate to the best results. I’m pretty sure you’ve heard of or even eaten at a Denny’s or Outback. The best steakhouses don’t generally run commercials or have wacky promotions. Instead, they do some pointed marketing, produce consistent results, and rely on word-of-mouth for continued patronage from years of enjoyment by your dining there. You can literally taste the difference and thus desire to go back there.


Admittedly, comparing one recycler to another is more difficult, but allow me to offer you three keys to effectively doing so:

What classifies as a normal load is just that. If you send off once a month or once a quarter or once a year — whatever that load is — send that. Don’t attempt to split the load. This may seem counterintuitive, but it tends to unintentionally set one recycler up for failure and the other for success. It’s nearly impossible to send “equal” amounts because of the variance of metals used in dental alloys.

By sending your normal load, you are positioning yourself to get the most accurate comparison to past results. This exercise depends on getting a detailed settlement report from the recycler you’ve used in the past. That’s the only way you get a valid comparison. You’re looking to compare the amount of gross dental metal you sent in and the yield (recovered metal). Market prices for metals fluctuate, so the dollar amount isn’t as important as your yield. Only by having both values — the amount sent in and the yield — can you accurately compare recyclers.

2) Don’t divulge how much you’ve received in the past.

This may seem obvious to some, but I assure you it’s not. You wouldn’t show your hand at the poker table, would you? Similarly, if you have ever participated in a secret shopper exercise, you wouldn’t alert your staff that a secret shopper is about to call, correct?

You want to get the best the recycler has to offer, without any indication of your expectations. Of course, discussing and comparing settlements after you’ve established a relationship with a recycler is OK — it happens all the time. But never do this ahead of time. If pressed to do so, you should consider that a red flag.

3) Try not to divulge who you’ve used.

This isn’t as big a deal as the first two, but it can give the recycler an idea of what you’ve received in the past. Just as you are familiar with how your competition operates in your area, the recyclers know who’s using best practices and who isn’t. If the bad apples in the industry suspect they’re being compared with an honest recycler, they can tailor their results on a one-time basis so as to appear competitive. This type of result is not sustainable.

If you apply these tips when comparing recyclers, it will help you make the best evaluation. Choosing the right recycler is tough — you seem to be getting hit from every direction these days, and it’s hard to know what to ask. Do some research to find recyclers you want to try. I’ll leave you with the best example of testing the waters I’ve encountered. I’m obviously biased because she became a customer of ours, but the method she applied is anything but biased.

Marie Palmieri of The Ewing Cemetery & Crematory in New Jersey was working with a recycler that in her words “was doing a really good job.” Not long after we met, I suggested she compare them to us. She took it further than that and selected four recyclers, including us. The first got two months’ worth of metal, the second the same, and so on and so on. When all was said and done, she walked away from the comparison experience feeling as if she got all four recyclers’ best offerings, including timeliness and service, and was able to decide based on data rather than a feeling.

Do yourself a favor and start a recycler comparison analysis today. When you’re done, you can pore over the results while enjoying a tasty bone-in ribeye at a new steakhouse — or some kale chips if that’s more your style.

Interested in learning more about the latest innovations in cremation? Join us for our The Leader Briefing — a 45-minute webinar at 2 p.m. ET on Nov. 5 — which will focus on the latest cremation research. Click here to sign up.

Is OTT the Future of Television Advertising?