Home Business Could 2021 Be Your Firm’s Best Year Yet? It Depends on the... 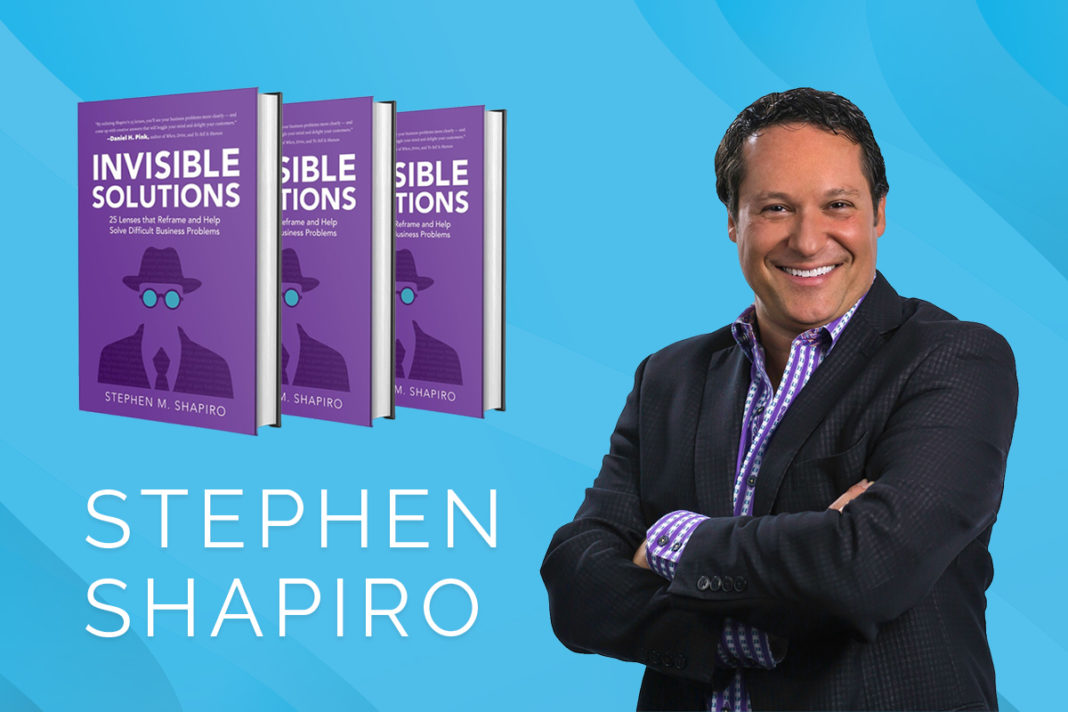 Although the world has dramatically changed since then, Shapiro’s central message from his most recent book, Invisible Solutions: 25 Lenses that Reframe and Help Solve Difficult Business Problems, has proven to be a valuable tool throughout the pandemic.

“The need for change is greater than ever, and the need to be able to see our businesses differently is more important than ever. In the past, we could look through the lens that incremental change will keep us alive and going for at least some period of time — incremental change is no longer sufficient,” Shapiro said.

At MKJ Marketing’s Sea Summit, which is available to in-person and virtual attendees from March 15-17, Shapiro is going to walk participants through the process of problem-solving so they can tap into new opportunities.

“We will also look at it through the lens of really just questioning every aspect of a business to be able to identify what’s not just a nice improvement, but what’s a new business model? What’s a different way to operate? We’ll use the same tools, but the questions we’re going to ask will be different,” he said.

Shapiro has been writing and speaking about innovation and problem-solving for years. Including the 2020 publication of Invisible Solutions, he has authored six books to help business owners and companies think differently. He has also consulted and advised companies like 3M, P&G, Marriott, Nike, and Microsoft.

He’s also a talented and engaging speaker. Shapiro was inducted into the Speaker Hall of Fame (CPAE) in 2015. He served a six-year term on the Board of Directors of National Speakers Association (NSA) and has received the Certified Speaking Professional (CSP) designation, which is NSA’s highest-earned designation.

Shapiro believes that right now is the perfect opportunity for business owners to make big changes. Many of his clients used the lenses described in Invisible Solutions before the pandemic, and now, his techniques have become vital during a year of constant pivoting.

“Anytime there’s a crisis, our natural reaction is not true innovation, but rather, a reactive adoption of anything that becomes an adaptation of a floatation device, a lifesaver. Zoom became our lifesaver,” he said. “All we did was we reactively adopted the technology. We basically replicated everything we were doing in person, and we did it virtually. That doesn’t require a lot of thought other than knowing how to use the technology. What’s been exciting to see is when companies start doing the lenses.”

While many non-essential companies and business owners have been able to take time to rethink everything, professionals in the funeral service industry have been busier than ever. Some funeral homes have had their busiest years on record.

So, what happens if you know you need to make changes but don’t have any time to stop and think?

Shapiro will be sharing insights specifically for the deathcare industry based on the lenses he has written about in his book, including the “Eliminate Lens.”

Another is the “Reassign Lens,” which centers around the belief that certain employees have to do certain tasks.

“If you look at the work that any individual is doing, maybe 20%, 30%, or 40% of it they have to do. So, if you ask yourself, what’s the work that I have to do that no one else can do that creates the greatest amount of value, focus your energies there, and then partner, hire, outsource, minimize whatever it might be,” he said.

By handing off low-risk tasks to an apprentice or someone else, Shapiro believes this is one of the most powerful ways to create more time for funeral home and crematory owners to focus on the bigger picture.

“One of the mistakes we make when it comes to productivity is that we always use the expression, ‘How can I do more with less?’ and I think that’s wrong. You want to do less and get more,” Shapiro said.

Want to learn more? You don’t want to miss Stephen Shapiro’s keynote presentation at the MKJ Marketing Sea Summit in Naples, FL, from March 15 to 17. Click here for details about the event and options for virtual attendance.

Improve Your Business by Improving Your Service

The Art of Maintaining Discipline in All Aspects of Your Firm