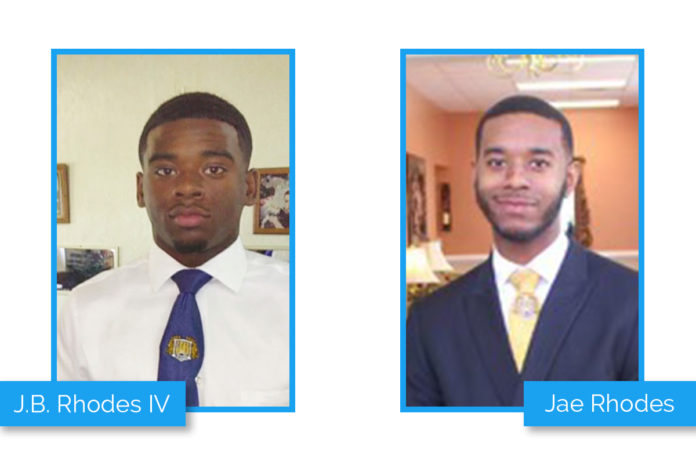 Over the past year, COVID-19 has changed everything about our world, including the way every industry operates.

The pandemic has also shown us just how valuable funeral directors are to their communities — creating beautiful moments of healing amid tragedy. After seeing everything that has happened, some might wonder if this will deter younger generations from joining the profession.

Marilyn Jones Gould recently spoke with two next-generation leaders, Jae Rhodes and J.B. Rhodes IV, who said COVID-19 has made them even more determined to be a part of this industry.

The Rhodes brothers attended MKJ Marketing’s Ski Summit last month with their father, J.B. Rhodes III — the president and CEO of J.B. Rhodes Funeral Home and Cremations, Inc. in North Carolina. They noted how much they learned from the expert speakers, but they also gained a lot of knowledge from interacting with the professionals in the audience too.

“Being around seasoned funeral directors is inspiring. That’s motivation to get to where they’re at,” J.B. said.

Both of the Rhodes brothers said attending the seminar was immensely helpful, particularly hearing the latest research on acquisition strategies, because they are passionate about ensuring the long-term success of their firm.

Jae followed in his father’s footsteps and attended Fayetteville Technical Community College. He’s appreciative of staff member David Hall, who has served as a mentor for both himself and his father. Jae is almost done with his board exams with just one more exam to go.

“Several of my professors actually owned and operated funeral homes, so they gave me a lot of relatable and operational knowledge that I could convert over into my real-life practice,” he said.

J.B. decided to pursue education a little further from home. He’s currently attending Gupton-Jones College of Funeral Service in Atlanta and is working at Willie A. Watkins Funeral Home. He credits his dean, Mark Palumbo, and faculty member Julius Moore as two of the biggest influences on his education.

As part of The Leader’s Mortuary School Spirit Contest, we want to hear from you! Is there a professor or faculty member who has inspired you or impacted your career? Email us at [email protected].

Are there next-gen leaders at your firm who would benefit from learning from industry experts? MKJ’s upcoming Sea Summit is being held in person in Naples, FL, but also through a virtual platform — allowing anyone to join and watch online.

Thinking Outside of the Box: Interview with Funeral Leader Connor Moloney

Small Joys to Celebrate Amid the Pandemic

Leader Links: How We’re All Coping