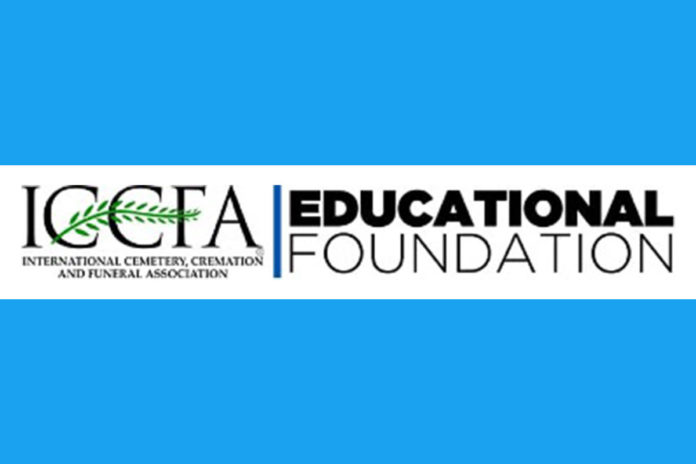 After a successful introduction of the television segment of their Final Responders Public Service Announcement (PSA) campaign, the ICCFA Educational Foundation has announced the launch of the radio portion of the campaign. As with the TV segment, radio PSAs in :60, :30, and :15 formats have been created and distributed to radio stations throughout the United States in both English and Spanish.

“All sectors of funeral service – funeral homes, cemeteries, crematories, memorialization, and suppliers – continue to deal first hand with the COVID-19 pandemic,” stated Jim Price, Senior Vice President – Industry Relations at Park Lawn Corporation and ICCFA Educational Foundation President. “As a profession, ICCFA Educational Foundation wants to recognize and thank the Final Responders – those funeral professionals on the front line (or should I say the backline) of this COVID-19 pandemic. This Final Responders public service campaign is our way to honor the efforts of all those associated with the funeral profession.”

According to TV research conducted by Nielsen, since they first began airing in March, the six Final Responders TV PSAs have been broadcast 2708 times and generated $1,238,189 in media value. The PSAs have aired on local TV stations and cable networks in all 50 states and the spots have been viewed by 23,391,714 people.

“On behalf of the ICCFA Educations Foundation, I want to thank Chad Vriezelaar of Go Live Media Group and Joe Weigel of Weigel Strategic Marketing for the countless, volunteer hours they have put into this project,” commented Jim Price. “Without their hard work and expertise, this project would not be achieving the outstanding results it has thus far.”

“To leverage the Final Responders campaign in their local communities, funeraldirectors and cemeterians can place the television PSAs on their websites as well as posting them on their Facebook pages. Also, for those who spend part of their ad budget on local TV and cable systems, we suggest they request that the local media outlet run these PSAs,” commented Weigel. “A letter has been drafted that funeral professionals can use when contacting the stations or cable systems as well as providing a link where the television spots can be downloaded – https://tinyurl.com/final-responders.”

At the close of the Final Responders television PSAs, viewers are directed to visit a newly-created website created by the ICCFA Educational Foundation. At this site, www.finalresponders.org, consumers can learn more about final responders as well as discover several grief resources.

“I’m excited with our results with the TV PSAs to date and look forward to getting similar results from our radio campaign,” added Price. “For too long, funeral professionals have been the ‘invisible responders’ during this pandemic. This TV and radio campaign has shed light on the important work every member of the profession has provided to families since the beginning of the pandemic.”

About the ICCFA Educational Foundation
The ICCFA Educational Foundation is a 501(c)(3) entity, and part of the International Cemetery, Cremation and Funeral Association (ICCFA).  The foundation’s sole purpose is to make education accessible to future leaders in the death care profession and thereby raise the standards of professionalism within the industry. The non-profit foundation supports the giving portion of ICCFA with the motto of “making education accessible to our profession’s future leaders.”

Honoring Those We’ve Lost in Our Industry