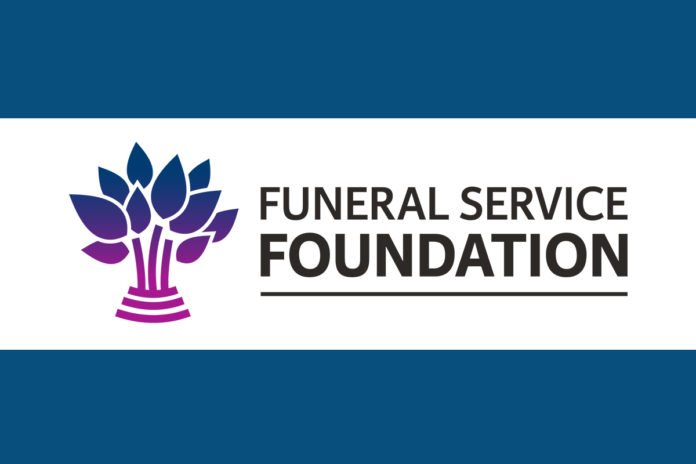 The Foundation awarded $70,000 in academic scholarships to 24 students and is on track to award an additional 27 scholarships this fall.

Each year, the Foundation awards academic scholarships ranging from $2,500-$5,000 USD to students attending and actively engaged in coursework in funeral service education programs at ABSFE- and Canadian-accredited institutions. Awarded in two cycles and paid directly to institutions, the scholarships offset the costs associated with tuition, fees, books, and supplies.

Passion and Gratitude
“Receiving this scholarship shows me that someone out there believes in me and believes in the work that I want to do. It gives me even more drive, passion, and determination to excel. I’ll be forever grateful,” said Perez, who graduated in May.

Martin, who is on track to graduate this fall, noted, “I am truly grateful for the honor that has been bestowed upon me. The Foundation ’45 Scholarship is a testimony to the Foundation’s long-standing dedication to supporting the pursuit of excellence in funeral service and I am humbled to now be an ambassador of this mission. Thank you!”

“After two years of intense schooling and juggling the demands of career, study and family all within the confines of a global pandemic, this scholarship comes at a perfect time!  It is a reminder to me that hard work pays off and that there is much to be thankful for,” said Labun, who graduated in June.

View photos and testimonials of all 24 academic scholarship winners on at https://www.funeralservicefoundation.org/academicscholarships/.

Fall 2021 Call for Applications
Those interested in Fall academic scholarships may apply online at https://www.funeralservicefoundation.org/academicscholarships/ from September 15 to November 1. Each candidate is required to answer five questions in no more than 250 words per question, and submit a brief video, no longer than two minutes. Those who have applied in the past but have not been awarded an academic scholarship from the Foundation are encouraged to re-apply.

Scholarships for Military Veterans
The Funeral Service Foundation, together with the ICCFA Educational Foundation, will award two $5,000 academic scholarships per year to military veterans who are pursuing an education in funeral service.  Additionally, the newly established Hunter M. Harbeson Memorial Scholarship will offer two $2,500 scholarships each year to military veterans. The scholarships (awarded in spring and fall) are offered as part of the Journey to Serve initiative, which aims at recruiting military veterans into all aspects of the funeral service and deathcare profession. Those interested may apply online from September 15 to November 1 at https://www.funeralservicefoundation.org/academicscholarships/. Learn more about the landmark Journey to Serve initiative at JourneyToServe.com.