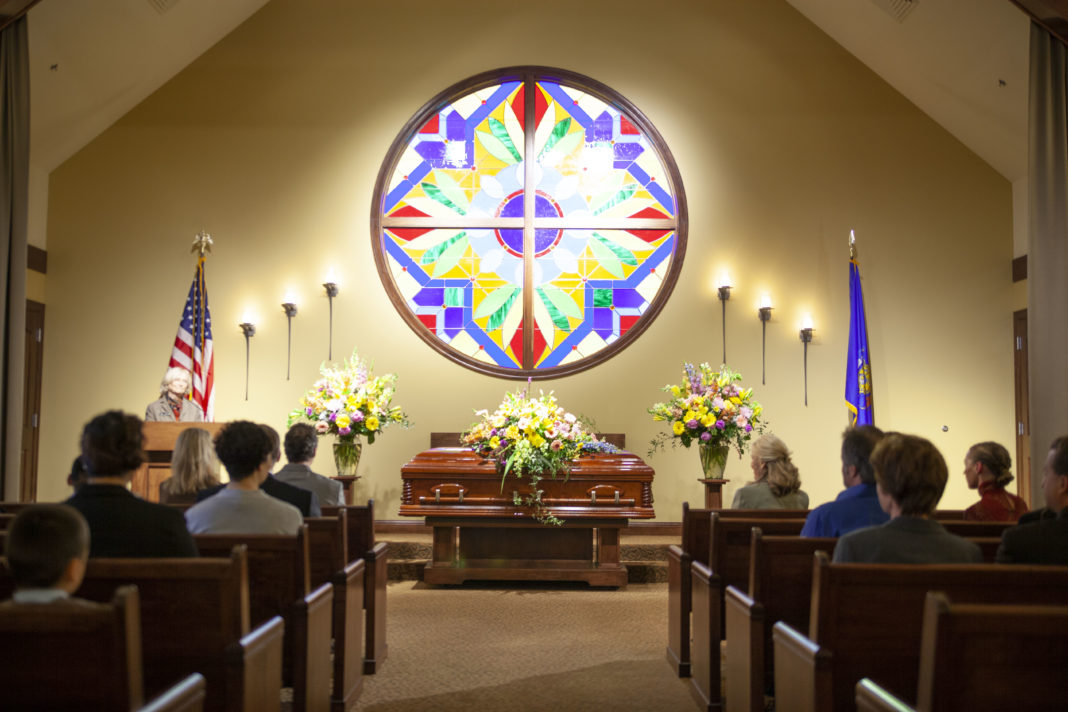 Ten years ago, Krause Funeral Homes and Cremation Service looked into live-streaming solutions for its four locations across the greater Milwaukee, WI, region.

“We jumped into it, but found out the technology wasn’t quite there yet,” says Mark Krause, president and funeral director.

It proved too inconsistent to trust.

“If funeral directors can’t rely on it,” Krause continues, “they’re not going to use it because their word is their bond with these families. They’re promising to deliver for an event for which we have no safety net. A funeral is kind of like that. It’s like live theater.”

Krause tried to make do with clunky, multi-part equipment for about two years before abandoning its live-streaming ambition altogether.

“We haven’t offered anything for the past eight years until we started with OneRoom’s online funeral viewing solution,” says Jacob Waterworth, manager of operations and funeral director.

Krause adopted OneRoom at the peak of COVID-19, a pandemic that demanded the funeral industry quickly adapt to gathering restrictions and health concerns.

“I kind of look at the funeral service as something that constantly evolves and changes,” says Krause. “And we need to constantly be looking at what we need to do differently, because if we think that we now have all the answers, we’re probably missing the boat somewhere.”

With their chosen solution, Krause staff doesn’t need to manage cameras, adjust angles, and move equipment. Instead, they can concentrate solely on delivering exceptional service to families in need.

“We can focus on our job and OneRoom is just working in the background automatically,” says Waterworth. “There’s no real way to get user error. We have a large staff and we don’t have one person designated to do this—we all do it. It’s such a simple system. We just set it up on the website, tell it what day and time to start, and we’re done. That’s all we have to do.”

Since implementing OneRoom across its four funeral homes, Krause has seen a 25 percent increase in call volume.

“It’s probably due to a combination of many things,” says Krause, “but we’ve promoted the fact that we have online funeral viewing capabilities. That may be giving people a reason to pick us over other funeral homes.”

Waterworth also highlights how Krause Funeral Homes downloads the recorded service to offer an artifact for families to share for generations, a kind of testament to how recording ceremonies will endure.

“When a family does a funeral, all eight kids end up with the service recording. They can watch it later and show it to others.”

In addition to helping Krause stand out from the competition, they now have access to online funeral viewing insights and analytics, which they continuously use to motivate employees.

“We’ve had a number of services that have had high usage, high viewership—300 people watching online. We’ve had some international services, too, where one person was British and the other was from India. A lot of the viewers from around the world—six, seven different countries—tuned in. We have a little blurb in our weekly newsletter to let all the staff know that OneRoom is making a difference.”

Not Just a Pandemic Trend

Waterworth sees the need for online funeral viewing well into the future.

“Funerals aren’t convenient,” he says. “It’s not like a wedding where you have a year or two to plan. There’s a grandchild who can’t take vacation time to come back for Grandpa’s funeral. There’s finals week at school and a granddaughter can take two hours to watch the funeral online, but she can’t travel. So the need won’t be as dramatic as it is now, where people’s lives are in danger if they attend the funeral or if they travel, but it’s still going to be a need that families expect and want.”

When it came to streaming and recording services, OneRoom helped Krause get on board.

“It’s a good, easy-to-use product, and it’s turnkey,” continues Krause. “It helps to differentiate between those funeral homes that are world-class and those that are not.”

In an industry that’s always looking for new ways to exceed the needs of families, Krause Funeral Homes, now equipped with a simplified online funeral viewing solution, is better set up for success, no matter what the future may bring.

“The funeral, in essence, should embrace a lot of qualities about bringing people together, gathering to tell stories, and, most importantly, participating,” believes Krause. “And online funeral viewing is something we need to offer to the family to keep moving the industry forward.”

About the Author:
Natalie Kuri, Customer Success Manager
Natalie has been a licensed funeral director for over 20 years in New York and more recently in Texas. She served client families in different roles throughout her career ranging from daily operations, embalming, leading teams in preneed sales, managing cemeteries and crematories as well as presenting to other professionals at events. Natalie joined the OneRoom team in 2020 as a Customer Success Manager, leveraging her skills from the industry to onboard and train new customers while continuing to develop customer relationships.

One Simple Thing You Can Do to Welcome More Families

3 Reasons Funeral Homes Are Moving Away from Facebook Livestreaming

Why You Need to Develop a Cremation Strategy Now

Funeral Directors in Some States Still Advocating for Vaccine Access