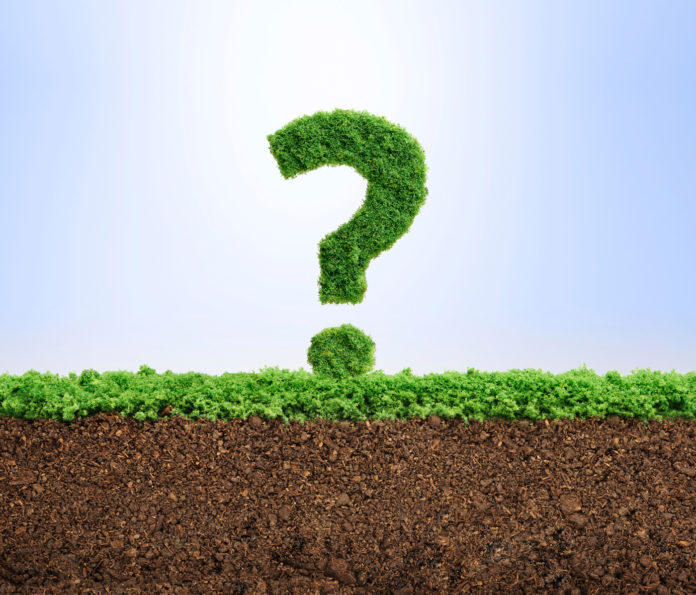 Today our culture is more aware of the extreme climate emergency our planet is facing than ever before, and for good reason. Decades of bad business practices among billion-dollar industries, denial of scientific evidence by lawmakers, and general lack of awareness have pushed the risks of global warming to a breaking point. Along with many other industries, the funeral profession has recently come under eco-scrutiny. Many misconceptions about the toxicity of burial and cremation have circulated in popular culture, and without equal distribution of the data and science to disprove them, these myths have begun impacting many funeral businesses.

Furthermore, green burial, as well as more conceptual options like the mushroom suit and body composting, are flooding the market and appealing to a new generation of eco-aware death consumers. While green burial is a wonderful, legitimate option for some people, the reality is that there is still a very large portion of the population who don’t have access to green burial cemeteries and services. If you want to learn more about green funeral options for your families, click below to download a free ebook of eco-friendly funeral services and products:

Some funeral planners still prefer traditional forms of disposition like embalming and cremation. Lucky for them, it turns out that some aspects of death care’s alleged carbon footprint are largely untrue. Larry Stuart Jr., Founder of Cremation Strategies and Consulting and former President of Crematory Manufacturing & Service, Inc., is a cremation expert and consultant and dedicates much of his time to working with funeral directors and their communities to dispel what he calls the “myths and mania” of cremation and burial. He recently sat down with the Deathcare Decoded podcast to set the record straight with scientific facts. Here are three common myths about body disposition that Larry rectifies in this conversation:

The fine details of the chemistry of embalming bodies aren’t well known to the general public. Many people think that formaldehyde goes into the arterial systems of the deceased, then stays there as a liquid, waiting to leak out after burial. However, Larry explains what really happens during that process on the Deathcare Decoded podcast:

“I was educated many years ago by an embalmer who explained that the chemicals actually react with protein in the cells and the formaldehyde molecules become something else, so a properly embalmed body doesn’t have formaldehyde in it… it’s a misconception.”

The point of formaldehyde in the embalming process is to bond with cell protein, and stop the growth or presence of bacteria, and thus slow down decomposition. This necessarily means that the chemicals bond with the actual cells of the body and do not remain in an isolated liquid form. Most bodies that are embalmed are also buried inside caskets and vaults which seal them off from soil and groundwater. So, it’s extremely difficult or impossible for embalmed bodies to leach harmful chemicals.

Myth #2: Mercury Poisoning in our communities

Myth: Cremation releases harmful levels of mercury into the air and gives people autism and cancer

Truth: Cremation releases very minimal amounts of mercury into the atmosphere at levels that are not harmful to humans

In his years of experience advocating for crematories and funeral homes, Larry has heard many misconceptions about mercury from dental work polluting the air when bodies are cremated. However, in his conversation with Deathcare Decoded, Larry cites an extensive study by the University of Minnesota which states that, after thorough research was conducted, mercurial environmental outputs from cremation in the state of Minnesota were in actuality one third lower than previous estimates and projections.

“They found that if everyone who died in Minnesota for one year was cremated (which, obviously, that’s not the case), and each of those people had the average amount of amalgam filling in their mouth at the time of cremation… then cremation would contribute only 5% of the total amount of mercury [put into the Minnesota environment for that year.], ” explains Stuart.

Furthermore, research on this topic outlined by CANA explains that Mercury use in the dental profession is significantly in decline. In reality, not everyone who dies is cremated (in 2020 the US cremation rate was 56.1% according to CANA) and not everyone who is cremated has amalgam fillings, so the actual environmental mercury contribution from cremation is closer to 2% of the total.

Myth: Smoke from the local crematory covers my neighborhood in human remains

Truth: Smoke from crematories does not contain any body parts or human remains, but is made up of carbon atoms.

According to Larry Stuart Jr., if you know anything about the science behind what happens in a cremation chamber, it’s an obvious fact that crematory smoke is carbon, not human remains. Larry explains, “When black smoke comes out of a crematory, it’s not human remains, it’s carbon. Basically, the [cremation] fuel is made of carbon and hydrogen, a hydrocarbon fuel. Combustion splits those two, then when you add oxygen from the air, one carbon hooks up with two oxygen, and two hydrogens hook up with one oxygen […] So basically when you have perfect combustion, that’s what happens.”

Larry also explains that the scary clouds of black crematory smoke seen in images circulating the web are just clouds of carbon, and are almost always caused by cremation misfires and user error. He says, “When you have imperfect combustion in cremation, that’s when carbon can’t find its oxygen date and goes out of the stack on its own. It’s basically when you overrun the secondary chamber with all of the gasses from the combustion of the body in the box in the main chamber and the secondary chamber can’t do its job. That’s often from operator error. If you remember 10th-grade chemistry, the hotter the temperature, the faster these gasses will flow, and if they flow too fast they don’t stay in the chamber long enough to complete the combustion process[…] Incomplete combustion results in hydrogen molecules which you can’t see, and carbon atoms, which you can. Carbon is just an atom. It’s not skin, or charred hair, or toenails, or anything like that.”

With a little chemistry refresher course, it’s easy to see that the myth of crematories covering neighborhoods in burned flesh is absolutely false.

We Need Eco-Consciousness in Deathcare Now!

Cremation clearly does not release harmful amounts of mercury or human remains into the air, but it is important to note that it does produce carbon dioxide, which is a primary greenhouse gas. In fact, most traditional forms of disposition, even running at their most efficient level, use precious resources and create some level of pollution. According to data from CANA, one cremation has the same carbon footprint as using 20 gallons of gasoline or powering the average US home for one week. That amount of carbon dioxide from every single cremation isn’t insignificant, especially with cremation rates on the rise.

While these three myths about death care’s impact on the environment have been proven untrue, considering the carbon footprint of our businesses is still extremely important. It’s vital for the funeral profession to take stock of its role in environmental pollution, resource use, and greenhouse gas emission. Looking for and encouraging more sustainable alternatives like recycling, eco-friendly products, and reducing consumption of resources in all areas of business will ensure that our profession does its part in keeping our environment healthy. This eco-consciousness will both help the world we live in and allow our funeral businesses to serve a large emerging customer base of mainstream environmentalists. Click below to learn more about eco-friendly funeral services and products your families will love:

How to educate your community

If your funeral business is facing pushback about health and safety from your local community, Larry suggests hiring a consultant, like Cremation Strategies and Consulting, to help navigate local regulations and provide data to support the factual safety of funeral homes and crematories. You can contact Larry here. Getting ahead by building a solid relationship with your community also keeps established businesses running smoothly, and helps avoid misconception-based conflicts in the future.

Listen to the full conversation with Larry Stuart Jr. about “Dispelling the Myths and Mania of Body Disposition” on the Deathcare Decoded podcast here.

Depictions of Death: What the Funeral Profession Can Learn from Death in Pop Culture

What Decreasing Life Expectancy Means for the Funeral Industry

Turning to Tradition: More than a Quarter of Americans Embrace Religion in Post-COVID Funeral Planning

Leader Links: How We’re All Coping