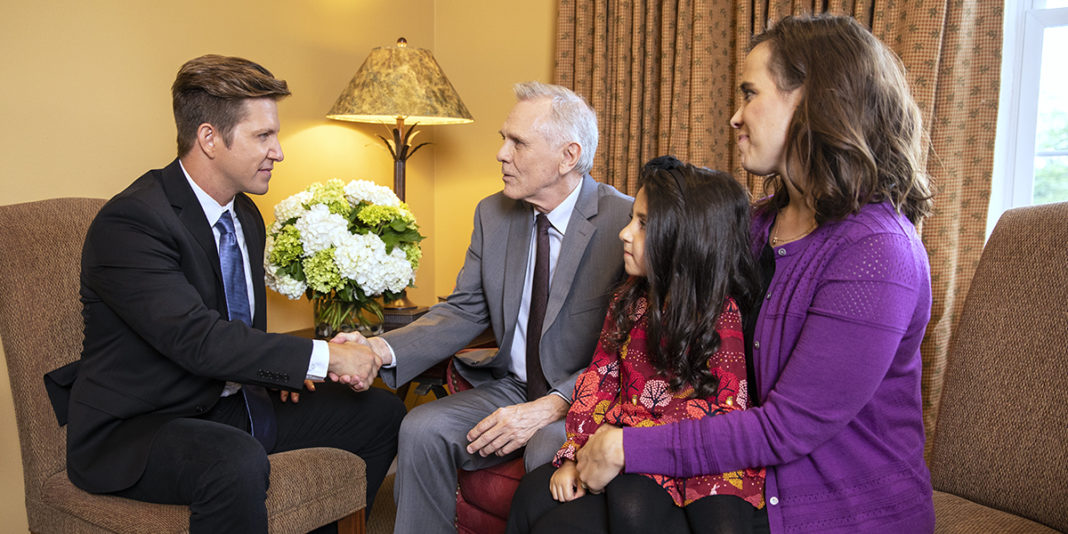 As many funeral businesses learned during the pandemic, volume can be so great that it overwhelms staff, which can increase cremation and diminish the average sale.

Staff can be overtasked to the point they just don’t present special or personalization services. Certainly, the firm will financially survive this experience because volume will be up, but it portends negatively for future business.

Many operators feel part of the increased volume during the pandemic can be attributed to the aging baby boomer generation that was first predicted by SCI stockholder calls — and maybe it was. The question is whether the increased volume will overwhelm your existing staff. It could, after all; funeral businesses are closing, and staffing is becoming an even greater challenge as some licensed funeral directors are leaving the profession to pursue better career opportunities in other industries.

So, how can a funeral business predict future staffing needs? The answer lies within your pre-need files.

Many funeral businesses, particularly large-volume firms, have thousands of pre-needs, most of which are likely baby boomers. If a firm is overwhelmed with at-need deaths in the future, many of the deaths will come from their pre-need roles.

Baby boomers have one common facet: They were all born during the years following World War II. After that single, shared element, all their lives have been unique. Lifestyles and experiences including diet, exercise, habits, and hobbies have much more to do with mortality than their shared birth era. The baby boom era extended from 1945 till 1965, so the earliest baby boomers were 20 by the time the last boomer was born. Interestingly, the number of births each year was remarkably similar, so there were no significant peaks or valleys during the boomer birth era. Boomers have been dying for 20 years and will continue to die for another 30 years.

Most funeral firms serve a specific ethnic or demographic group, such as working class, middle class, or affluent. Each ethnic and demographic group has its own average lifespan. More affluent consumers tend to live longer due to better medical care, diet, and exercise. Working-class consumers’ lifespans are typically shorter due to workplace exposure to carcinogens and lifestyle decisions such as smoking.

The same applies to ethnicity. Asians tend to live the longest (86.3 years), followed by whites (78.6 years), Native Americans (77.4 years), and African Americans (75.0 years). Where people live, combined with their race and income, play a huge role in their lifespan too. The fact that their clientele differs from the national norm means the life expectancy of their pre-needs will also differ from the national norm.

In addition to demographic and ethnic factors, lifespans differ by gender. As it stands right now, women, on average, live longer than men. It’s an irrefutable fact. But what’s also undeniable is that men are catching up, closing the life expectancy gap that has long existed.

The cause of this gap is complicated and not entirely understood. There are biological theories, focusing on the gender differences in disease development, with males developing more fatal conditions, and women developing more chronic, non-fatal ones such as osteoporosis and arthritis. There are also behavioral theories pointing to the impact of testosterone in relation to fatal accidents and aggressive behavior in males such as aggressive driving. 70% of homicide victims and most suicides are male. However, the age gap is narrowing; and the fact that it is narrowing suggests it will narrow faster for some based upon demographics and ethnicity.

Understanding the mortality of your firm’s specific clientele is key to projecting the peak years of demand at a specific firm. Firms with a younger mortality would likely meet their peak years sooner than a firm with greater longevity. For example, on average, burial cases will live longer than cremation cases since families that can afford ground burial are more affluent.

As with any research project, the first step is to determine a norm upon which to compare the larger group. Take a random sample of 100 men and 100 women from the firm’s at-need deaths prior to COVID to determine the average age at the time of death. The same should be done for each ethnic group served by the firm. Large-volume firms, particularly in the West, might serve multiple ethnicities: Asian, Hispanic, African-American, and Caucasian. Each ethnic group will have its own norm. Accurately projecting mortality of each pre-need contract depends on establishing a true norm for each respective demographic group.

Every valid research project includes an error factor; i.e.: the number of cases that fall outside the norm. The error factor will become apparent while compiling the norm. If out of 100 cases, the majority in the same group died within a normal period, say five years, any deaths that died earlier or later represent the error factor. Expect an error factor of 10%; 5% will die earlier, and 5% will die later.

After the norm is established, each pre-need contract can be compared to the appropriate norm to project when death will occur. After analyzing each pre-need, the result will be a series of years when the number of deaths from the pre-needs should be higher. If the pre-needs are higher, then the at-need deaths will also be higher. That period will be your peak demand period.

Each firm should have its own peak period based upon the demographics of the families served by the firm. Because each firm will have its own demographics, it’s unlikely that all firms will have the same peak years, which is why there should not be a national peak period; instead, it will spread over 15 years or so, which, on a national scale, will be a very slight blip in the annual and long-term mortality rate.