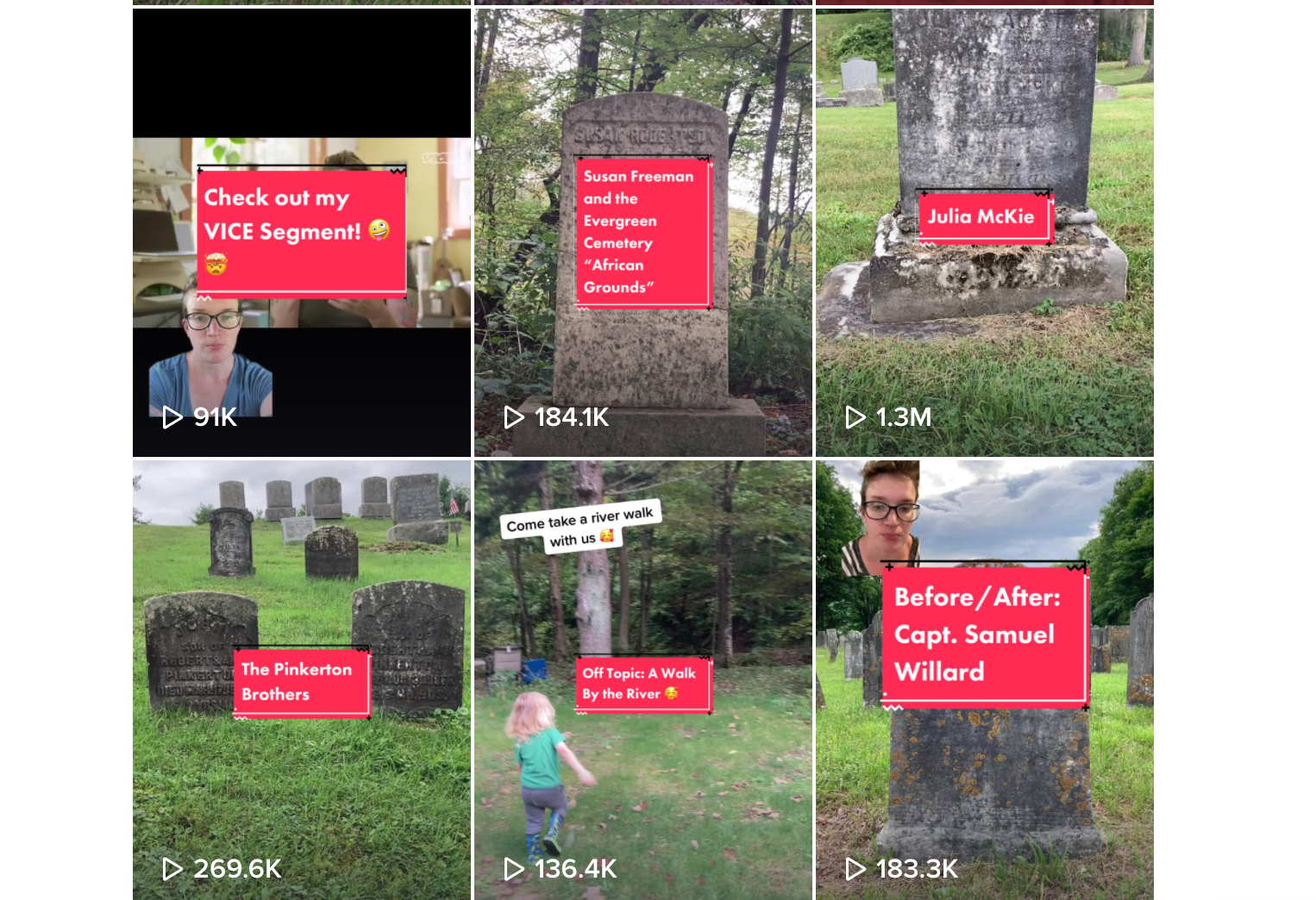 When Caitlin Abrams cleaned a headstone for the first time, she had no idea that her passion project would eventually result in a TikTok account with over 1.7 million followers.

Abrams, 35, has always had an interest in genealogy and history. When she moved to Vermont in 2014, she started going for walks in local cemeteries and became particularly interested in the symbols from the 19th century.

This prompted Abrams to sign up as a volunteer through FindaAGrave.com, which allows users around the country to request photos of graves. When Abrams received her first request for a photo of a grave in a nearby cemetery in January 2020, she said it was hard to find the grave because it was covered in moss and lichen. After Abrams sent the photo, the user responded and asked if she would be willing to clean the grave.

Abrams decided she was up for the challenge. After doing months of research and practicing on a newer grave, Abrams was ready to try her hand at restoring a headstone. She said she enjoyed the process of helping someone by preserving a piece of history.

That’s when she knew she was onto something bigger.

“Death is one of these things we don’t talk about and that we’re so far away from, especially now, and I think engaging with it can make it a little less terrifying. It can kind of bring to light how much of a human experience it is and how much it really does reflect so much about us and our culture and what’s going on at the time when it happens,” she said.

As part of her day job, Abrams creates instructional videos for software, so creating videos for TikTok felt like an easy transition. Once Abrams mastered the basics of TikTok, she was ready to share her work with the world — and the world responded!

One unique component of Abrams’ videos is that she shares the story of the person who is laid to rest, making it a history lesson for her viewers as well.

“I felt telling these stories verbally rather than typing it all out was much easier for me and felt much smoother, and I think TikTok is a good way to get this information out because it’s very easy to shoot it, edit it, and then post it. Because of the For You Page and the algorithm, people might see it and not realize they like grave-cleaning or history,” she said.

To her surprise, many of her 1.7 million-plus followers are teenagers or younger, and she enjoys talking to younger generations. She hopes that they will want to get involved too.

“I really think that people my age and younger need to start taking up that mantle … and keeping up the history of our towns,” she said.

Abrams considered going to mortuary school and becoming a funeral director at one point in her life, so she feels a special connection to the deathcare industry.

“Funeral directors in general kind of get a bad rap. I think that it’s such an important job, and there’s so much that goes on that no one really knows about, or no one sees until they have to see it,” she said.

For those who want to get involved in cleaning graves, Abrams has an extensive list of resources, including a guide she has created with links to the supplies she uses. The first step is to seek and obtain the correct permission first from the owner of the cemetery, and for more recent graves, the family members.

For cemeterians who may be wary about accepting help from volunteers, Abrams has this to say: “People want to help, and people want to donate and want this kept up. This is a thing that people didn’t really know existed, and other people on TikTok and on the internet, in general, are really connecting with it. You might as well get some free work out of it,” she said.

Want to support Abrams’ work? She says the best way is to follow her on TikTok and to consider donating to her supplies fund, as she pays for all of her supplies out of her own pocket.

More Than a Cemetery: Interview with Funeral Leader Mitch Rose