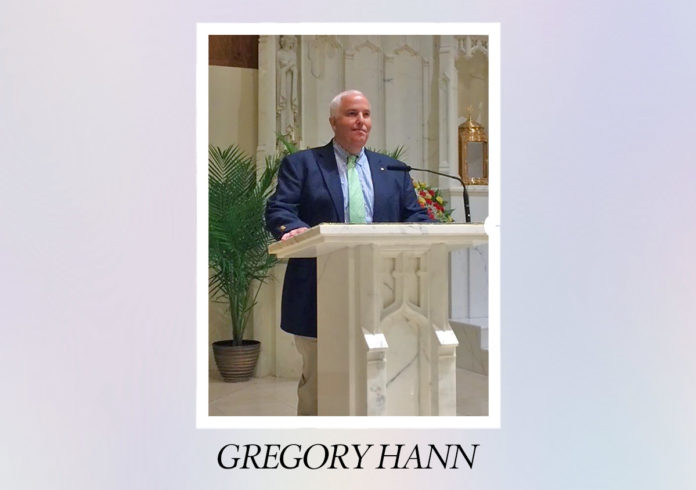 Editor’s Note: The author, Gregory Hann, serves as an intern at Halpin-Bitecola Brookdale Funeral Home in Northern New Jersey. He is enrolled in the Funeral Services Program at Mercer County Community College.

From September 1992 until May 1996, I was in preparation for the Roman Catholic priesthood at a seminary on the campus of Seton Hall University.

One of the classes that was required toward the end of preparation was called Liturgical Practicum. This course went through all the liturgies and rites that you would be celebrating as an ordained priest. As the course progressed, we came to the Funeral Liturgy. Honestly, I was dreading this ministry! I knew that it was going to be a very large part of the ministry of a priest, but I just didn’t think I would have the right words to say or even be comfortable with someone who was grieving. I concluded the course with an “A,” but I just wasn’t sure that really reflected my abilities.

After ordination, I was assigned to a parish that had two funeral homes a block away and a very large cemetery in the neighboring town. The parish was very active, and while it had many young families, it also had a rather large elderly demographic. I was celebrating three to four funeral Masses a week while my classmates in other parishes were doing that many in a month.

I soon became very comfortable and almost a pro at delivering funeral services, comforting the grieving, and even preparing those who were facing death with compassion and care. I realized that funerals were becoming my favorite things to do as a priest! I had an amazing opportunity to meet people at their most vulnerable and truest selves. It was at the funeral liturgy that I had a captive audience that I could not only evangelize but also comfort and serve.

I left the priesthood after 10 years of service. In searching for my calling and career, I ended up in many places, including sales and even working for the Catholic Church as a layperson. In 2020, just before the start of COVID, I was helping a friend who owned a funeral home. My responsibilities included picking up the deceased at hospitals, nursing homes, and house calls. I would work the door, serve as a pallbearer, and do whatever other little things I could to assist.

I began to realize that I had found my calling! I am now an intern working toward my Funeral Director’s license.

Hearing a family tell me how respectfully I had acted toward their loved one when removing them from the house, seeing the look of peace on the face of mourners as I offered them condolences, and now, treating the bodies of the deceased with care and concern as part of the embalming process, I know now that all Funeral Directors are ministers of care.

As much as one tends to think that we deal with the dead, our biggest impact is on the living. We make a difference, and we need to hear that. We need to know that what we do now (pardon the Gladiator movie quote) “echoes in eternity”!

Strategies for Recruitment and Retention of High-Quality Employees

What Could Possibly Go Wrong in the Preproom?

Honoring Those We Have Lost: Paying Tribute to Funeral Professionals