The deathcare industry is competitive, and it’s made even harder as you face challenges with discounters, staffing issues, and meeting families’ ever-changing expectations.

That’s why you need a source of solid advice, ideas, and information that will strengthen your funeral home, cemetery, or cremation business and help you become the best in your market.

It is the Leader’s mission to help today and tomorrow’s professionals take their firms to the next level.

Want us to feature your firm? Have a story idea for us? Would you like to share a news release? Email us at [email protected]. 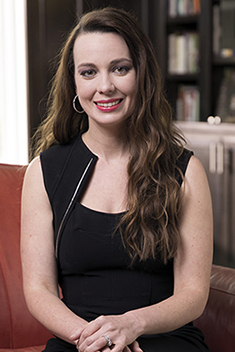 Courtney is a “go-to” resource in digital marketing for funeral homes and cremation businesses, leveraging MKJ’s Digital 360 program to drive traffic and generate pre-need and at-need leads from search marketing, social media, blogging, email marketing, and online ads. She completed graduate studies in Digital and Content Marketing from Duke University and is a frequent author and speaker in the deathcare and end-of-life industries. In 2016, she established MKJ’s Nashville office where she leads MKJ’s continuously growing digital team. Courtney also serves as Legal Counsel for MKJ Marketing and advises funeral homes on best practices for risk management and business strategy from her years of experience representing Fortune 500 companies as an attorney at international law firm O’Melveny & Myers. She also consults and publishes on importing caskets, urns, and merchandise to the U.S., most recently with an article in ICCFA magazine. She chaired MKJ Marketing’s 2015 International Death Care Import-Export Summit in Los Angeles, CA, that brought together experts in caskets and urns, trade law, and logistics to talk about what deathcare professionals should consider when importing caskets and memorial products abroad. Courtney completed her undergraduate degree at Vanderbilt University in Nashville, TN, focusing on Human & Organizational Development. She earned her law degree from UCLA School of Law. 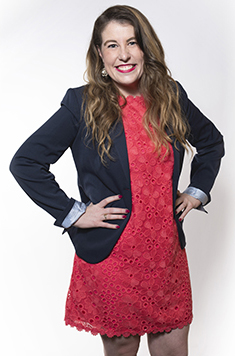 Kara Apel: Editor of The Leader

Before joining The Leader team, Kara worked in broadcast journalism for nearly 10 years as an award-winning Digital Content Producer. Most recently, she worked at WSMV-TV, the NBC affiliate in Nashville. During her time there, she won two Emmy Awards and one Associated Press Award for her news coverage. Prior to this, she was the sole digital editor at WRDW-TV in Augusta, GA. She was able to cover many exciting stories, including working as a photographer at the Masters Tournament. Kara graduated from the University of South Carolina with a bachelor’s degree in journalism. During college, she was the editor-in-chief of The Daily Gamecock, the student newspaper at the University of South Carolina. She also interned at The Post & Courier in Charleston, SC; the corporate offices at the E.W. Scripps Company; and WCPO-TV in Cincinnati, OH. She is a past recipient of the Scripps Howard Foundation Scholarship. In her free time, Kara serves as a leader within the Junior League of Nashville and volunteers at the Vanderbilt Children’s Hospital. 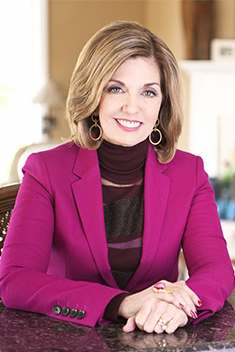 Marilyn is highly regarded throughout the funeral industry as one of the most popular convention and meeting speakers, applying her counseling, communication skills, and industry knowledge to the areas of professional sales, customer service, arrangements, and branding. She is also the creator of four comprehensive DVD training systems that are recognized as the best in the industry. She holds a master’s degree in communication from Purdue University and is the past president of the Tampa Bay Advertising Federation. She is a member of the National Speakers Association and has been recognized as having received the highest-earned international recognition for professional speaking, the Certified Speaking Professional. Only 400 professional speakers in the world have achieved this recognition. Marilyn has also served on the board of the National Funeral Service Foundation. She was recognized by CANA and the ICCFA for advertising awards on behalf of MKJ clients and was honored by the National Funeral Directors Association with the Initiative Award, which annually recognizes an exceptional individual who has made substantial professional contributions to the funeral service. Marilyn has been recognized by Outstanding Young Women of America, Who’s Who of American Business Executives, Marquis Who’s Who of American Women, and International Who’s Who of Entrepreneurs, the Silver Screen Award from the US Industrial Film Festival, and over 25 Addy Awards from the American Advertising Federation. 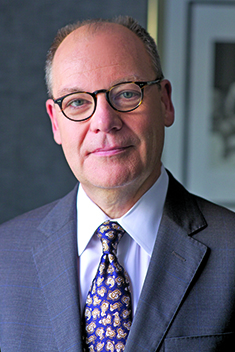 Glenn H. Gould III: Contributor to The Leader and CEO of MKJ Marketing

As CEO of MKJ Marketing, Glenn assists funeral homes and death care industry vendors in establishing marketing and advertising plans. He is recognized for his market research services, having conducted over 800 positioning and prospective trade area studies throughout the U.S. and Canada. In addition to quantitative research studies for funeral homes and cemeteries, Glenn has moderated one-on-one interviews, focus groups, and test panels.

Glenn held executive positions with Bausch & Lomb, General Mills, and the Batesville Casket Division of Hillenbrand Industries. He is a recognized speaker, and his articles appear regularly in funeral service publications. His two books, “Deathcare Marketing, 25 FAQ’s” and “Funeral Home Marketing-Moving The Bottom Line” have sold thousands of copies and are in use in mortuary colleges nationally.

Glenn has testified as an expert witness in multiple civil suits between funeral homes, served on the Board of Directors of the Pittsburgh Institute of Mortuary Science, and instructed the Small Business Class for the St. Petersburg College, School of Mortuary Sciences. Glenn holds B.A. and M.S. degrees. 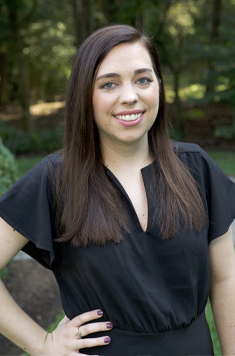 Jessie Rigney: Contributor to The Leader

Jessie is a Tennessee native and graduated from the University of Tennessee at Chattanooga with a bachelor’s degree in communications. During her time in school, Jessie worked as a staff writer for the student newspaper, The Echo. As a freelance writer, Jessie’s articles have been published on several digital publications. She also manages her own food blog where she crafts Southern comfort food recipes while photographing the process and end results. Jessie is a regularly featured contributor to The Leader and also serves as a content writer at MKJ Marketing, where she focuses on writing blogs, managing clients’ Facebook pages, and digital marketing. In her spare time, you’ll find Jessie axe throwing, creating new recipes in the kitchen, and spending time with her sisters. 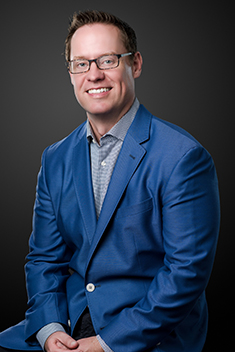 Kevin McKay started working in the precious metal recycling field in 2001, focusing primarily on dentists and dental laboratories. Since 2014, his focus has shifted almost exclusively to the crematory profession. He has been published in numerous dental and deathcare periodicals and journals over that time. He has spoken to groups large and small with an emphasis on the education of the smelting and assaying process. 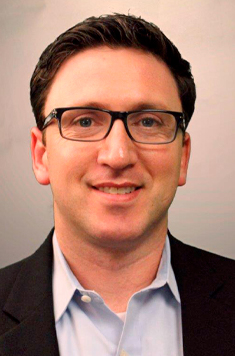 Mike Elliott is the Senior Legal Counsel for Carriage Services, Inc. and serves as the Chief Compliance Officer for Carriage’s Registered Investment Advisor. He has been with Carriage since January 2017. Prior to working at Carriage, Mike defended complex, nation-wide pharmaceutical and medical device mass tort lawsuits and then had a busy trial practice. Mike earned his undergraduate degrees from the University of San Diego and earned his law degree from the George Washington University Law School. Mike can be reached at (713) 332-8452 or [email protected]. 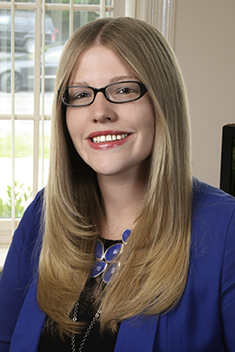 Jessica Farren: Contributor to The Leader and Public Relations Specialist and Staff Writer at Answering Service for Directors 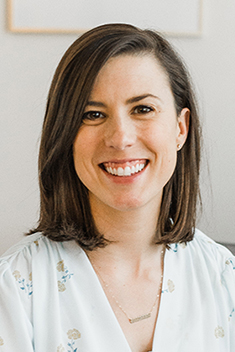 Mollie Lacher: Contributor to The Leader and Owner of Sunny Care Services

Mollie Lacher is a Tennessee native with an undergraduate degree from the University of Tennessee and a graduate degree from Vanderbilt University. Mollie has worked in project management for the majority of her career and was most recently a project manager at Bridgestone. After the unexpected passing of her brother-in-law, Mollie felt a calling to start a business that helped other families like hers navigate all of the to-dos after losing a loved one, and thus, Sunny Care Services was born. 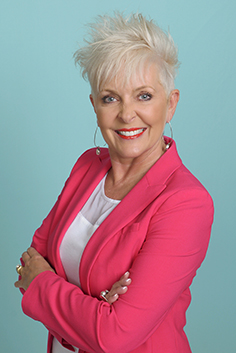 Coleen Ellis started Pet Angel Memorial Center, Inc.® in 2014, following the death of her dog, Mico. This was the nation’s first standalone pet funeral home. Due to demand, Coleen founded Two Hearts Pet Loss Center in 2009 to guide people who wish to provide meaningful pet deathcare services in their communities, as well as to be an educational resource in the pet grief discipline. She has a certificate in Death and Grief Studies Specializing in Pet Loss Companioning as well as being Certified in Thanatology and a Certified Pet Loss Professional.